On Sunday, the Iranian state owned Mehr news agency reported that the Islamic Revolutionary Guard Corps had appointed a new commander of their security unit, known as the Close Protection Unit. He is Brigadier General Fathollah Jomeiri, who replaced Brigadier General Ali Nasiri. No explanation was given as to why Nasiri was removed, and what would be his next appointment.

Now an American website calling itself the Islamic State of Iran Crime Research Center, whose offices are located at 1101 Pennsylvania Ave NW, Suite 300, reported that Brigadier General Ali Nasiri had fled to the West after a fallout with Hossein Taeb, the representative of the Supreme Leader in the IRGC.

In fact, according to the ISICRC, during an April 11 meeting, Nasiri and Taeb came to blows, and a few days later, when Nasiri did not shown up for work, it was discovered that he had left the country.

Also according to the ISICRC, the Hezbollah-affiliated Al-Mayadin news agency posted the news of Nasiri’s disappearance with few additional details on its website on Saturday, April 13, but the item was removed half an hour later.

Nassiri reportedly entered a US embassy in a Persian Gulf state, bringing along strategic documents and asking for political asylum.

ISICRC cited a source inside the Iranian regime who told Iranian media: “Following the leak of classified documents and information to Israel and the US regarding Iran’s nuclear program and secret missile bases, Mohammad Ali Jafari, commander in chief of the IRGC, under [Ayatollah] Khamenei’s order, dismissed Ali Nasiri, commander of the IRGC security.” 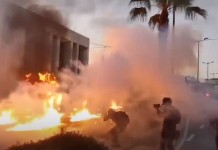 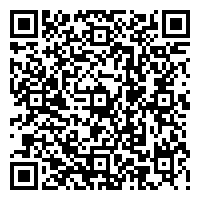