Minnesota Senator and former Democratic presidential candidate Amy Klobuchar announced Monday that her husband, John Besser, has been hospitalized with the COVID-19 coronavirus.

My husband has coronavirus. I love him & not being able to be by his side is one of the hardest things about this disease. So many are going through this & much worse. I pray for him & you & meanwhile I will do all I can to get help to the American people.https://t.co/fqQU6tA29r pic.twitter.com/SjyfdQxe1R

Klobuchar said in a statement said her husband entered self-quarantine when he began to feel sick while he was in Washington DC. After he began coughing up blood, however, he went for a test and a chest X-ray, and was admitted to a hospital in Virginia with “very low oxygen levels, which really haven’t improved,” Klobuchar told The Associated Press.”

The former candidate was in Minnesota at the time. She added that her husband now has pneumonia and is on oxygen, although he is not currently on a ventilator.

Klobuchar said her doctor advised her not to get tested.

According to the Chicago Tribune, Miami Mayor Francis Suarez has also tested positive for the virus, as has British Health Minister Nadine Dorries. 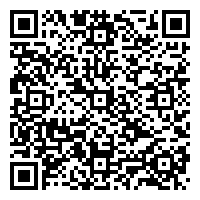