The meetings last Wednesday and Thursday, between resident Donald Trump’s senior adviser Jared Kushner and US special envoy to the peace process Jason Greenblatt with PA Chairman Mahmoud Abbas and PLO chief negotiator Saeb Erekat, were described as “disheartening” by PA officials who spoke to Al-Hayat.

According to the PA officials, the dispute between the two sides erupted when the Americans demanded that the salaries of terrorist prisoners in Israeli jails be cut and PA propaganda of incitement to violence stopped. Erekat called on Greenblatt to work to stop the Israeli settlement enterprise, describing Jewish construction on “Palestinian land” as “the greatest violence,” and Israel as “the greatest instigator.”


Erekat issued a statement in which he rejected Israeli accusations of “official Palestinian incitement.” He said in his statement: “The occupation government is constantly working to divert attention and create new and misleading excuses, such as incitement, every time it has the chance to revive the political process, In contrast to the Palestinian leadership, which is committed to a two-state solution and the full implementation of international law.”

Erekat called on the American side to work to stop the Israeli “incitement” and declared the attempts to cut the salaries paid out to the families of the “martyrs” (that’s dead terrorists) and the prisoners (living terrorists) as “attempts to besmirch the struggle of our people against terrorism and to criminalize our martyrs and our fighting prisoners since the beginning of the Palestinian revolution.”

Needless to say, that didn’t go over well with the White House team, which was upset, for one thing, with Abbas’s refusal to condemn a terror attack in Jerusalem a week ago that killed a Border Policewoman.

On Thursday, senior PA officials told Haaretz that the Kushner and Greenblatt pair “sounded like Netanyahu’s advisers and not like fair arbiters. They started presenting Netanyahu’s issues and then we asked to hear from them clear stances regarding the core issues of the conflict,” but Kushner refused to openly condemn Israeli construction in the settlements.

Incidentally, a senior PA official said Abbas refuses to meet the US Ambassador to Israel David Friedman because of his well documented support for the settlements, for which Kushner and Greenblatt rebuked the Chairman during their meeting.

So the PA leadership is in a rage. Erakat said that Israel refused to re-activate the trilateral committee of the US, Israel, and the PA to monitor incitement on both sides, because of “the inherent policy of the rightwing government to incite and glorify Zionist terrorism.”

“In April, Prime Minister Netanyahu inaugurated a hospital in the name of Yitzhak Shamir, the terrorist responsible for the killing of hundreds of civilians, including issuing orders to assassinate Count Folke Bernadotte of the United Nations, and the bombing of the King David Hotel, which killed dozens of civilians.”

That’s grossly inaccurate: Shamir, who was a member in good standing of the Lehi underground, was in Tel Aviv when Bernadotte was executed, and most likely was not directly involved; as to the King David bombing – that was carried out by the Irgun, led by Menachem Begin.

Next month, if no major crisis erupts between the White House and Ramallah, a PA delegation will come to Washington to continue the talks with the Americans, in preparation for resuming the peace negotiations. Trying to drag late Israeli political leaders – especially prime ministers – through the mud is probably the wrong way for Erakat et al to win favor in an exceptionally pro-Israeli Administration. 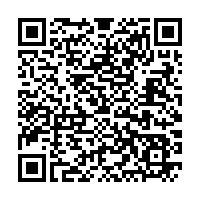