While Hamas and Fatah are making progress in their reconciliation process and the PA government is on its way back to the Gaza Strip, the US administration makes it clear that “Hamas cannot be part of the Palestinian Authority government without accepting the principles of the Quartet,” Walla reported on Tuesday.

A senior White House official told Walla: “As we have emphasized in recent weeks, we want the Palestinian Authority to take control of Gaza, especially if it can help alleviate the humanitarian situation there.” However, he added, no agreement would work “without Hamas embracing the Quartet’s three preconditions, which require the Palestinian government to recognize Israel, honor previous agreements and commitments, and abandon violence and terrorism.”


The above is the traditional position of the United States and the Quartet countries in recognizing any PA government: it must recognize Israel, renounces terror, and respect previous agreements already presented in 2006. But it is the first expression emerging from the Trump Administration relating directly to the return of the Palestinian Authority government to Gaza and the possibility of establishing a unity government.

As a general rule, the Trump Administration rarely involves itself with internal PA issues, but in recent weeks special envoy Jason Greenblatt has expressed strong support for the Palestinian Authority and Chairman Mahmoud Abbas, while at the same time strongly criticizing Hamas. During a visit to Israel’s border with the Gaza Strip in August, Greenblatt said that “it is clear that the Palestinian Authority must renew its role in managing the Gaza Strip, because Hamas has severely harmed the residents and failed to meet their most basic needs.”

Speaking to the donor nations in New York on September 18, on the sidelines of the UN general Assembly, Greenblatt said “the time has come to stop monitoring the situation in Gaza and start changing the situation in Gaza. For too long, Hamas has exploited the people of Gaza as hostages and shields, bullying them into submission. Hamas rules by the fist, instead of by improving the lives of the people it purports to govern. Hamas continues to divert money belonging to the Palestinians of Gaza — including funds provided by international donors — and uses these funds to build terror tunnels, missiles and for other nefarious uses.”

“This has a huge impact on Gaza’s development,” the envoy continued, “as major electricity and water projects which could radically transform the humanitarian situation in Gaza are on hold because Hamas refuses to pay the Palestinian Authority for the services it already provides. That’s why it’s time for the Palestinian Authority to take control of Gaza – and for the international community to take steps to help this happen. Relief from the suffering in Gaza can only be found when all interested parties gather together to help the Palestinian people and isolate Hamas. No group or country should interfere in this process— which would only exacerbate the problem, continue to cause suffering in Gaza, and undermine any real chance for peace.” 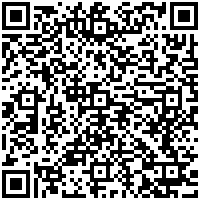