The contract with Turkey to acquire Russian S-400 missile systems from Russia is being fulfilled and the Turks have already made a down payment, according to Russian presidential aide for military and technical cooperation Vladimir Kozhin who spoke to TASS. “The contract has come into force, the advance payment has been made,” Kozhin said, but was unable to provide details regarding the delivery.

Kozhin was also unable to say whether the Turks were given license to produce the S-400 systems on Turkish soil, saying, “We are not speaking about it, as yet we speak only about supplies of ready weapons, technologies – no.”


On September 12, Turkish President Recep Tayyip Erdogan said he had signed an agreement with Moscow to purchase S-400 missile systems and had already made an advance payment. Kozhin told TASS such a contract had been signed and was about to be implemented. Turkish Undersecretary for Defense Industry Ismail Demir said delivery of S-400 systems would begin within two years.

Russia’s S-400 Triumf (NATO’s nickname SA-21 Growler) is the latest long-range anti-antiaircraft missile system, in service since 2007. It is designed to destroy aircraft, cruise and ballistic missiles—including medium-range missiles, and attack surface targets. The S-400 can engage targets at a distance of 250 miles and at an altitude of up to 20 miles.

The deal, estimated at $2.5 billion, has caused concern among Turkey’s NATO allies, who argued that the Russian system is incompatible with NATO’s. Of course, that was precisely Erdogan’s point. In late September, as Western powers were expressing their chagrin at Erdogan’s choice of military supplier, Kremlin Spokesman Dmitry Peskov told reporters the global community had no right to criticize Russia and Turkey for their legitimate cooperation in military and technical field.

“No one has any right to criticize Russia and Turkey for military and technical cooperation, which is in strict compliance with international law and is in no way aimed against any third countries,” Peskov said, adding, “No one has any grounds to voice criticism in this regard.” 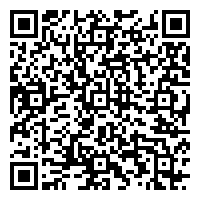