Linda Sarsour, Tamika Mallory, and Bob Bland, the three leaders who established the Women’s March on Washington and were behind the largest mass mobilizations in US history following President Donald Trump’s 2017 inauguration, have been asked to step down from the organization’s board, the Washington Post reported Monday.

Their organization issued a statement explaining that their terms had expired and that they were making room for 17 new board members who had been selected in a national search.

Among the new appointees is Ginna Green, chief strategy officer of Bend the Arc: Jewish Action, which claims it has “tens of thousands of progressive Jews all across the country.” Their website also declares: “You got chutzpah? We’ve got work to do. We believe in the beautiful but unfulfilled promise of this country as a land of opportunity, justice, and equality for all.”

The three resignations came following recent accusations that Mallory and another early organizer of the march on Washington, Carmen Perez-Jordan, had made anti-Semitic remarks. Perez-Jordan, a Latina activist, remains on the group’s board.

Mallory has had close ties to Nation of Islam leader Louis Farrakhan, the most reviled anti-Semite in America.

After the 2017 march, the four co-chairs ousted one of the group’s earliest organizers, Vanessa Wruble, who is Jewish, who accused them of anti-Semitism. Wruble made her accusations before the 2019 march, resulting in two separate women’s marches being held in cities like New York and Philadelphia.

Sarsour, Mallory and Bland issued a statement bragging: “Our mission was to build a powerful institution that defied the status quo, centered the leadership of women of color and united diverse women around a set of principles that are intersectional, visionary and bold and we feel accomplished […] We look forward to spending the next 14 months building power and engaging voters nationwide to win this critical election.”

Wruble issued her own statement, saying: “There’s a lot of work to be done as we approach 2020. We can’t afford to be divided – and I welcome everyone to join us as we march on the polls again.” 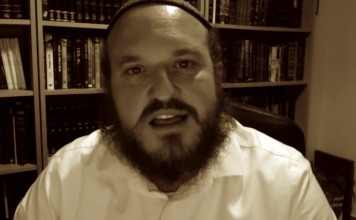