“The visit will underscore the United States’ steadfast commitment to supporting Ukraine for as long as it takes, including through the provision of economic, humanitarian, and military assistance,” she said.

Senior administration officials who spoke on the condition of anonymity told the NY Times that the risks involved in Zelensky’s visit––the wartime leader leaving his country for the first time since Russia invaded Ukraine in February––were high, and planning had been conducted under intense secrecy.

A White House senior official told reporters Tuesday the administration is looking forward to having President Zelenskyy back at the White House for his first visit since the start of Russia’s brutal war against Ukraine.” He added: “Russia expected that this war would be quick work, that they would be in Kiev and dominating the country within a matter of days. But here we are 300 days later, and Ukraine stands, Kiev stands, and the Ukrainian people stand. And Ukraine, in fact, has been pushing back against Russian aggression, reclaiming territory over the course of the past several weeks and months.”

But things aren’t getting any easier for the Ukrainian people. Ukraine reported this week that “23 self-exploding enemy UAVs were recorded in the sky over the Ukrainian capital during an overnight Monday raid.” There were no casualties in the attack, but the wreckage of drones damaged the roadway in the Solomiansky district of Kiev and the windows of a high-rise building in the Shevchenkivsky district.

Meanwhile, as Iran is launching a plant on Russian soil to manufacture its Shahed 136 kamikaze drones, the Commander of Iran’s Air Force, Brig. Gen. Hamid Vahedi, announced that the Islamic Republic wants to purchase Sukhoi Su-35 fighter jets from Russia. The Su-35 is a 4th-generation fighter jet and doesn’t match the stealth capability of Israel’s US-made F-35, but the deal, in addition to the drone deal, should be a source of concern for everyone in the West, especially Israel.

Israel stands to suffer from both types of attack––drones and jets––and the longer Iran gets to practice its new toys, the worse off Israeli security becomes. And the more arms the US is sending Ukraine, the greater the likelihood of Moscow enhancing its arms supplies to and from Iran.

There may be a way out, but it won’t make either President Biden or Zelensky happy.

A few days after he left office in June 2021, Benjamin Netanyahu met with Russian Ambassador to Israel Anatoly Viktorov, who was sent by President Vladimir Putin to deliver a personal letter to the defeated Netanyahu. Putin wrote Netanyahu a personal farewell, reminding him of their joint work for more than a decade.

According to Walla, Netanyahu asked the Russian ambassador to convey his response: “Tell President Putin I will return to the Prime Minister’s office very soon.”

The friendship between Netanyahu and Putin is among the warmest in today’s political scene: Netanyahu was invited to attend the Red Army victory parade in Moscow, one of the very few Western leaders on hand at the time, even before the start of the Ukraine war. The two leaders have been engaged in countless negotiations to solve often pesky issues between their two countries – while the US looked on.

Netanyahu must carve for himself a new path to reach out to Putin, in coordination with the US, to prevent a situation whereby Russia continues to support Israel’s worst enemy. The Americans, who don’t like the fact that Israel is refusing to impose sanctions on Russia, are going to hate any attempt to help Putin find an honorable way to come out of Ukraine. But if anyone can do it – it’s Bibi. 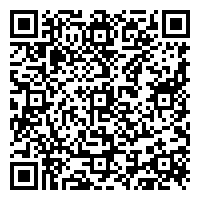