A new perfume for sale in Gaza utilizes a fragrance which is “pleasant and attractive, like the missiles of the Palestinian resistance,” and is being named after a missile used in the most recent bout of attacks on Israeli civilians, M-75.


The perfume is priced at double the cost of most perfumes available in Gaza beauty shops, and is being dubbed “worthy of the victory in the Gaza Strip”.

M-75 will be available in male and female scents.

According to a report by Ynet, Lebanese perfumers created a similar scent-sation after the 2006 Second Lebanon War.  In a bottle baring the image of Hizbullah chief Hassan Nasrallah, “Resistance Perfume” included images of a sinking ship to symbolize the destruction of Israel. 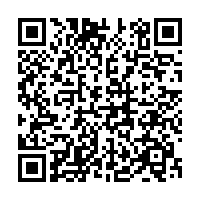