Last month, Palestinian Authority security forces were going to arrest lawmaker Najat Abu Bakr for charging a Palestinian minister with corruption. She issued a statement on Feb 16 saying she had evidence showing that Palestinian Minister of Local Governance Hussein al-Aaraj had embezzled about $200,000.

Hussein al-Aaraj insisted he was blameless, he didn’t steal any money, the money in question had been used for a public well-building project approved by the Palestinian Water Authority, the Ministry of Agriculture and Prime Minister Salam Fayyad. But just to be on the safe side, he also asked the public prosecutor to send security forces to pick Abu Bakr up. Not for her allegations, of course, but for other crimes, as the prosecution said in a press release:

What crimes did the Arab PM commit? She supported PA teachers who went out on strike in mid February and are still striking. PA security officers arrested 20 teachers in an attempt to stop more than 20,000 from reaching a Ramallah rally that blamed government for not implementing a 2013 agreement that promised teachers pay increases and promotions. Teachers make up the second largest segment of public workers, but the PA spends a third of its budget on security — more than what it spends on education and healthcare combined.

So, if striking is a crime, then an MP who supports a crime is also a criminal, send out the gendarmerie. But Abu Bakr claimed that she has parliamentary immunity, and began a sit-in strike at the headquarters of the Palestinian Legislative Council. The sit-in is in its tenth day now, and Abu Bakr maintains that human rights in the PA are “severely bleeding due to restrictions on freedoms.”

The prosecutor for his part stated that “Immunity must not be used to commit crimes and actions violating the law, as immunity is a duty and not a personal privilege.” And, of course, a crime is what the prosecutor says is a crime.

Abu Bakr on Saturday said she was refusing to leave the Palestinian parliamentary building until her case was “solved under Palestinian law which protects her and grants her immunity.” She also accused the attorney general and the PA leadership of putting the security of Palestinian civil society “in danger” and using “illegal” means to silence her.

“Most trade unions have been dissolved and others have been crippled, resulting in instability and fear amongst civil servants,” Abu Bakr said, adding that “the current situation in Palestine is a result of the domination of the executive branch over other authorities. This should ring a bell as it puts social security in danger.”

Apparently, PA security forces have been intimidating teachers with personal attacks in recent days. It’s what they do. 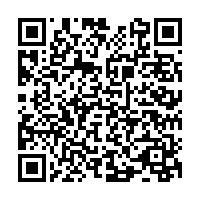