A Philadelphia City Council Member is taking steps to deal with a full display of ugly anti-Semitism that turned a meeting on gentrification of his neighborhood into a free-for-all.


“Organizations with RCO status have an official relationship with the City of Philadelphia, so we must ensure that they operate with a level of decency and order,” Johnson said. “The vast majority of RCO’s work very hard and play a vital function in the development process. This bill will hold all RCO’s to the same standard and ensure that there is a level of accountability.”

The move followed a raucous round of anti-Semitism aimed at Jewish real estate developers two weeks ago at a local meeting about gentrification in the Philadelphia neighborhood of Point Breeze.

“I want to go on record stating that that language is totally inappropriate, and shall not and will not be tolerated, but most importantly, does not reflect the sentiments of the loving and caring people who reside in Point Breeze,” Jphnson said in a statement to media.

“I’ll be the first to say that gentrification is a controversial issue by which people often disagree, and meetings in gentrifying neighborhoods are contentious and emotionally charged. I understand that. But hateful comments about one’s race, ethnicity, religion, gender identity or sexual orientation will not and should never be tolerated.”

Activists with the Concerned Citizens of Point Breeze were clearly angry at the meeting on Feb. 22 about the city’s gentrification project for their neighborhood. They aimed their rage directly at the Jewish real estate developers who were presenting their plans for the project, including one wearing a kippah.

“Go back to Israel!” the developers were told, along with a few other choice insults, according to a report by Philly.com.

“This was not one person with a screw loose. This was a mob mentality,” said local Jewish developer Ori Feibush, who was not presenting at the meeting but was in attendance.

Feibush has dual U.S. and Israeli citizenship, according to the Philadelphia Jewish Exponent. He grew up in the city and is a Philadelphia native. “This is not an isolated incident. There’s been a crescendo over the last several years. But this was incredibly antagonistic. No ambiguity: This was 100 percent anti-Semitism.”

According to an eyewitness who asked Philly.com not to use his name, one person yelled, “Go back to Lakewood!” The reference is to a specific, Orthodox Jewish enclave in New Jersey.

The local chapter of the Anti-Defamation League was also informed and had reached out to the various entities involved.

The Concerned Citizens of Point Breeze never returned the call. 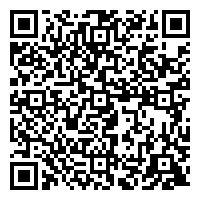