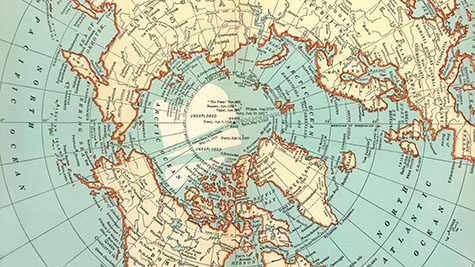 While some explorers sailed to the Arctic Circle in search of a northerly passage linking the Atlantic and Pacific Oceans and others just wanted to be the first to reach the North Pole, there were actually some who were convinced the Garden of Eden would be found not east but due north. Whatever their reasons for navigating those icy waters, it was a challenge for all early explorers, including the Jewish scientists who made contributions to the endeavor, sometimes at the cost of their lives.


Read All About It!

On February 5, 1881, the London Times had exciting news to report. Captain Joseph Wiggins, an English explorer, had passed 80 degrees north of the Earth’s equatorial plane, where he made an amazing discovery: an island about the size of Manhattan that was graced with an abundance of vegetation and fruit trees. Even more astounding were the people living on this island near the North Pole: they were Hebrew-speaking remnants of the Jewish people. While these people wore rough skins and couldn’t read or write – and had no memory of how they had reached the place – they told Wiggins, through Jewish crew members on board the ship who understood Hebrew, that they worshiped the God of Abraham, Isaac and Jacob and they obeyed the Mosaic Law. Perhaps they were descendants of the Ten Lost Tribes of Israel, Wiggins suggested.

Not everyone accepted Wiggins’s account of his voyage. For one thing, despite claiming to have reached the North Pole, he said very little about the arduous journey to get there. Yet Wiggins wasn’t the only one to say he had found an arctic Eden populated by Hebrew-speaking denizens. Captain Francis Tuttle, a New England whaler, made a similar claim. William Fairfield Warren, a Methodist minister and a president of Boston University, was an academic and not an explorer but, in an influential 1885 book, he posited that the North Pole had once been a lush land and home to the Garden of Eden. A year later, an elder of the Mormon community, Frederick Culmer, Sr., wrote a pamphlet where he put forth the Mormon theory that the Ten Lost Tribes had settled near the North Pole.

Fueling these accounts was the Hollow Earth Theory, which had been a part of folklore since ancient times and propounded by scientists such as 18th-century astronomer Edmond Halley of Halley’s Comet fame. In the 1800s the theory got a new boost when John Cleves Symmes, Jr., an American army officer turned lecturer, theorized that Earth consisted of a hollow shell about 800 miles thick, with openings at both ends. While Symmes didn’t write any books or pamphlets, his followers did and they succeeded in popularizing the theory.

Of course, it helped that until the early 1900s no one had actually been to the North Pole, despite claims by people like Wiggins, and so no one could conclusively disprove the theories that abounded about one of Earth’s last uncharted regions. But it wasn’t for lack of trying.

Passage to the Pacific

One of the earliest navigators to explore northern regions was the Greek sailor Pytheas, a contemporary of Aristotle and Alexander the Great. According to his account, he reached a “curdled” (frozen) sea where he may have seen the aurora and midnight sun. Modern historians therefore believe he may have traveled as far north as Iceland, or at least Norway.

During the Middle Ages, Vikings, Scandinavians and Russians explored portions of the Arctic Circle, which was in their own backyard, so to speak. Other Europeans only showed interest when Spain and Portugal divided the Atlantic Ocean between them, after Christopher Columbus’s 1492 voyage. Britain, for example, began to look north for a way to establish a trade route to the Orient, but John Cabot’s 1497 search for a Northwest Passage that would connect the Atlantic and the Pacific via the Arctic Ocean ended in failure. But the search for the Northwest Passage continued in the centuries that followed, as did a search for a Northeast Passage that would connect Europe with the East.

While the initial impetus for Arctic exploration was commercial, scientists soon came on board, eager to increase their knowledge. One of them was Israel Lyons the Younger, an 18th-century mathematician, astronomer and botanist.

Lyons was born in Cambridge in 1739 to a Jewish family originally from Poland. His father had a silversmith shop and gave Hebrew lessons to the university students. Although the young Israel Lyons was considered a prodigy in mathematics, his Jewish origins precluded him from being accepted at the famous university located in his hometown. However, Robert Smith, a master at Cambridge’s Trinity College, knew of the young man’s work and he offered to get Lyons a lay-fellowship if Lyons would convert to Christianity. Lyons refused.

Instead, Lyons began to tutor university students in mathematics, while he studied the plants in the Cambridge area. As his fame as a botanist grew, he was invited to give a series of lectures at the University of Oxford. Apparently, though, he became increasingly frustrated by his limited professional opportunities because he was a Jew and he became an alcoholic. As his reputation declined, so did his source of income. Yet, when Constantine Phipps was selecting his crew for his 1773 voyage to the North Pole, Lyons was appointed the astronomer for the expedition.

Phipps had hoped to discover the Northwest Passage. He didn’t, but the voyage did Lyons a world of good. He returned to England cured of his addiction to alcohol. Unfortunately, he died during an attack of the measles two years later, at the age of 36.

Drama on the High Seas

Dr. Emil Bessels, a Heidelberg-born physician, was also interested in the natural sciences. In 1869, when he was 22, he went on his first Arctic expedition and reached Spitzbergen, located between the Norwegian Sea and the Arctic Ocean. Two years later, he joined the crew of the expedition that would make him famous – although not for the reason he would have preferred: the Polaris expedition headed by American Arctic explorer Charles Francis Hall, who hoped to be the first to reach the North Pole.

Bessels was the chief physician and head of the scientific team for the expedition, which was funded by the U.S. government. By all accounts he didn’t get along with Hall, which wasn’t surprising because there were many who considered the American explorer difficult. Hall had a tendency to micromanage his crew, even when he lacked expertise, and Bessels resented the interference. Things came to a head in October 1871, after Hall returned from an exploratory sledging trip, in preparation for continuing on to the North Pole. After drinking a cup of coffee, he promptly fell ill. Hall accused Bessels and other crew members of poisoning him. He died two weeks later.

The Polaris never reached the North Pole, but the ship did get as far north as 82°29’N latitude, a record for its day. The crew decided to return home in the fall of 1872, but the ship was grounded by an iceberg and began to sink. Some of the crew jumped to a nearby ice floe, where they remained for six months with their Inuit guides and food and other supplies they had managed to salvage. They were finally rescued in April 1873 off the coast of Newfoundland by a sealer ship. 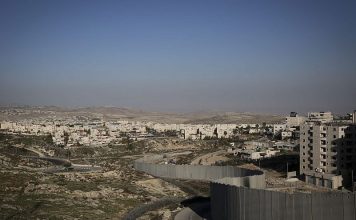