Six Passengers, five Iraqi and one Yemeni, were not allowed on EgyptAir’s Flight 985 from Cairo to New York Saturday morning, in keeping with President Donald Trump’s Friday’s ban on the entry of the citizens of : Syria, Iran, Iraq, Somalia, Libya, Sudan and Yemen, a security source at Cairo International Airport told Ahram Online.

President Trump also stopped just short of suspending all refugee entries into the US for four months, and barring some Syrians from ever entering. The order also mandates the “extreme vetting” of all visitors to the US, immigrants and tourists alike.


According to the president, the new measures would “keep radical Islamic terrorists out of the United States of America.” He added: “We don’t want them here.”

An Iraqi family of four that was kept off the EgyptAirs flight, a couple and their two children, had valid immigration visas, according to Reuters.

The five Iraqis, who came to Cairo from Erbil, the capital of Iraqi Kurdistan, were being held at the airport Saturday until they could boarded flights back home; the Yemeni passenger was staying in Cairo. had arrived at the airport from elsewhere in Cairo, they added. 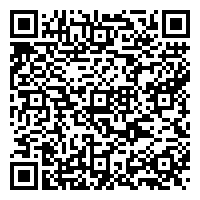