“In mid-May, 1902, the retail price of kosher meat on the Lower East Side of New York jumped from 12 to 18 cents per pound. In the Gilded Age, such dramatic price fluctuations were common as great ‘trusts’ – oligopolies controlled by industrial barons –cornered the market on commodities such as beef, steel and oil. In response to the rise in beef prices, for a week the small retail kosher butchers of New York refused to sell meat, their way of protesting the Beef Trust’s arrogance. However, the butchers’ boycott failed to bring wholesale prices down. Consumers had no choice but to pay the increase at the meat counter, or do without beef.

“Influenced by the emerging labor and women’s suffrage movements, Jewish homemakers on the Lower East Side began to agitate for a strike against kosher meat. Fanny Levy, whose husband was a unionized cloakmaker, and Sarah Edelson, who owned a small restaurant, mobilized the neighborhood women by going door-to-door to persuade them not to buy kosher beef, and to urge their neighbors to do the same.”[i]

“On May 14, these two women organized a meeting on the Lower East Side to rally support for the proposed boycott. The next day, tens of thousands of Jewish women took to the streets and demonstrated their outrage. Riots broke out as women attacked butcher shops and customers. Police officers tried to protect butcher shops, but protesting women grabbed meat and threw it out into the streets, even dousing it in gasoline and setting it on fire. Police arrested 85 people, three quarters of them women. Encouraged by the Lower East Side, women in other neighborhoods began their own boycotts.”[ii]

The May 18, 1902 edition of The New York Times had the following headline on page 3.

Business Places Attacked, Customers Assaulted, and Meat Thrown Away in the Borough of the Bronx.

The accompanying article said, in part:

The kosher meat riots which started on Thursday night in Manhattan were taken up in the Williamsburg section of Brooklyn last night resulting in several butchers’ shops being attacked. The attack was made along Seigel Street, and half a dozen stores had show windows broken and the proprietors were compelled to close their doors. It was not until the Jewish Sabbath was at an end that the attack was made.

A mob of 500 then went through the densely crowded Hebrew quarters, and at Graham Avenue and Seigel Street, Joseph Seleskv was selling meat in alleged violation of the agreement to fight the wholesalers. He refused to close up, and his place was practically wrecked. It was then that he closed up….

At 10 o’clock the trouble in the streets became so acute that the reserves from the Hamburg. Herbert and Greenpoint stations were ordered out under Inspectors Druhan and Brennan. The police, numbering nearly 400, attacked the crowd of over 2000 persons and dispersed them by using their clubs freely. During the charge cobblestones and other missiles were thrown. Women leaving butcher shops had their meat taken from them.

Twenty-two prisoners, all of them women, were taken, and until the patrol wagons arrived a drug store at Manhattan Avenue and Seigel Street was turned into a temporary police station.

RIOTING IN THE BRONX

In the Bronx the women threw meat that had been bought of kosher butchers into the street after they had taken it away from persons who had purchased it; coaxed, inveigled persuaded and forced intending purchasers not to buy, and in two instances were arrested for mischievous work…. 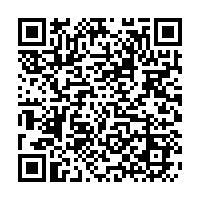