Jerusalem (TPS) – Prime Minister Benjamin Netanyahu released a statement condemning the murder of a 13-year-old Israeli girl by a Palestinian Authority Arab terrorist in Kiryat Arba on Thursday morning, calling on the Palestinian Authorty leadership, and the world, to unequivocally join in the condemnation. The terrorist broke into the Ariel family’s home and stabbed the daughter, Hallel, to death in her bed.


“The horrifying murder of a young girl in her bed underscores the bloodlust and inhumanity of the incitement-driven terrorists that we are facing,” Netanyahu said. “The entire nation deeply identifies with the family’s pain and declares to the murderers: You will not break us. We will continue to take strong and determined action against terrorism everywhere and at all times.”

Seventeen-year-old Mohammed Tarayra from the nearby Arab village of Bani Na’im breached the security fence of Kiryat Arba’s Harsina neighborhood Thursday morning and stabbed Hallel Yaffa Ariel to death as she slept in her bed. A security volunteer responding to the incident was also wounded by the terrorist, and is now in moderate condition.

Tarayra was killed at the scene.

Netanyahu held a security consultation with Defense Minister Avigdor Liberman after the attack, and ordered to cordon off the Bani Na’im village, revoke work permits for members of his clan, and to begin the procedure of getting official approval to demolish the terrorist’s family home.

“I expect the Palestinian leadership to clearly and unequivocally condemn this vicious murder and take immediate action to stop the incitement,” Netanyahu added.

Netanyahu also called upon the world at-large to speak out against the attack, saying: “The entire world needs to condemn this murder just as it condemned the terrorist attacks in Orlando and Brussels.”

“Enlightened nations must join in this demand. They must pressure the one who heads the network of incitement that leads to the murder of children in their beds and not the State of Israel, which is working to protect its children and its citizens,” he added, referring to Palestinian Authority President Mahmoud Abbas, whom Netanyahu frequently accuse of inciting violence against Jews.

“Today the most wonderful girl in the world was murdered. We are in deep mourning, feeling great sorrow,” she said. “I have many things to say to the prime minister. He should come to his senses. The home front is on fire today. Today it’s our house, tomorrow it’s another. Take matters into your own hands and come to your senses.”

The victim was a cousin of MK Uri Ariel, Israel’s minister of agriculture and rural development, who tweeted: “Arab terror has struck our family, but the response must be national. Deterring terrorists, redoubling building and planting in Judea and Samaria, and applying Israeli sovereignty to Area C,” referring to territory in Judea and Samaria that the Oslo Accords assign to Israeli civilian and military control.

MK Isaac Herzog, leader of the opposition and chairman of the Labor party, shared in the Ariel family’s loss, saying: “my heart breaks looking at the photo of Hallel Yaffa Ariel, smiling an innocent and calm smile.” 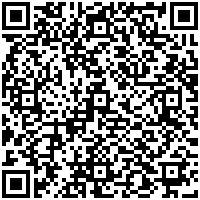