Hebrew University President and former Knesset member Professor Menahem Ben Sasson led a panel of experts including Natan Sharansky, Chairman of the Jewish Agency for Israel and former Deputy Prime Minister, Canadian MP Professor Irwin Cotler, in which they analyzed the ramifications of a “Jewish and democratic” State as well as highlighted the challenges that Israel faces regarding tensions between religious and secular values.

“Democracy and religion do not contradict, you do not have to give up on one in favor of the other,” said Sharansky. “The basic desire to be free but to also belong, to live a life of quality, liberty and meaning are simply two dimensions of the same thing. A life of values provides strength to fight for your freedom.”


He imparted that this idea is very natural to him, having lived in the former Soviet Union with no freedom and no identity and then discovering both at the same time when he arrived in Israel. He stated that conflict is inevitable among those living as both “proud and free Jews” and that Israel faces many challenges to which there is no simple solution. To this, he stresses the importance of introducing general “traffic rules” to help navigate these issues.

Cotler emphasized the important role that Jewish values, such as aiding the downtrodden, remembering and honoring the past, valuing equality, and refraining from assaultive speech and slander, can play in shaping a democratic society.

“Israel is both a Jewish and democratic State with the added challenge of living in a hostile environment,” he said. “The fundamental Jewish values of respect for the sanctity of human life should frame our discourse and policy when it comes to national issues, including Israel’s current African migration challenge.” 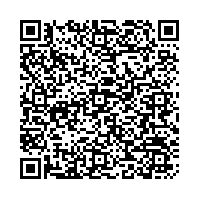