The hatred is so thick, you can feel it in another country. The world screams for our blood. European politicans lean on Israel hoping to snap us in two. Crude pundits and politicians spew the kind of filth once found in JuluisStreicher’s pornographic rag. Jewish neighborhoods burn throughout Europe because Israel has the audacity to defend itself.

On American soil, Obama shows us why he has earned the title of most anti-semitic President in U.S. history.  He can’t even hide it on his arrogant mug, nor does he wish to. John Kerry proves himself a worthy heir to Hillary. I imagine a job application for the U.S. Secretary of State includes the following question: What unique brand of anti-semitism does your skill set bring to the table?

As always, one can only find solace in the Torah, and more importantly, in its application. Hence the appropriateness of this week’s Torah reading. How tragically ironic that while our soldiers (may The Almighty preserve them) are fighting the Arab Amalekites in the ancient region of Azza, we will be reading the weekly Torah portion which remains the sole blueprint for dealing with our enemies. The Torah speaks concretely and without ambiguity.

“If you do not dispossess the inhabitants of the land, those whom you allow to remain shall be barbs in your eyes and thorns in your sides, and they shall harass you in the land in which you live. Then, I will do to you what I had planned to do them.” (Numbers 33:55-56)

You will note that the verse makes no mention of not harming “innocent civilians.” I had to point that out.

The OhrHaChaim (classic Pentateuch commentary of Rabbi Chaim Ben Attar) addresses this issue. “You must drive out”. Although the verse said of the seven nations “you shall not allow  any people to remain alive” (Deut. 20:16) Here, the Torah is talking about other nations found there beside the seven. It therefore was careful to say, “all the lands’ inhabitants,” meaning, even those not of the seven. (Numbers 33:52)

In summation, the notion of ridding the land of hostile/dangerous elements is not limited to the historical seven nations that the Jewish people faced upon entering the land. It is a template that applies to enemies in all generations.

Many Jews, including too many religious ones, are uncomfortable with the Torah’s words and would like to relegate them to the shelves of ancient history. Those who don’t see the Torah as the literal word of The Almighty readily dismiss it as an ancient war- ethic that has no applicability in a modern age. Some will deem it barbaric by modern standards. There are many with kipot who will utilize more elaborate ways to evade the halachic requirement. Some are clever enough to argue that this, like Israel’s other wars is a milchement mitzvah (biblical war-the correct general consensus of religious Zionists) but yet somehow maintain that the other elements of the mitzvah don’t apply.

Those who are honest enough to state the halachic truth without compromise are few and they are demonized. In our times, only one prominent person dared to address this provocative issue. Naturally, I speak of the great Rabbi Kahane (may G-d avenge his blood) whose brilliant prose graced the pages of the Jewish Press for many years, ensuring that Jews would get an education they were unlikely to receive elsewhere. His magnum opus, entitled “They Must Go!” is a must read for anyone interested in Israel’s survival. It was a terrifying read back in the 1980’s before Oslo. Today it is a nightmare read that would be classified as horror were it not the truth. And for his honesty, the left and the right (the reasonable, respectable right) rose up and outlawed Rabbi Kahane’s KACH party which was slated to win approximately 10-15 seats in the next Knesset. What did Rabbi Kahane do to raise their ire? 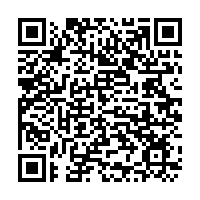