The melee was sparked by the demand of Druze students that the Muslims remove the scarves. At least 41 people were injured, one of them critically.

The Muslim students were undoubtedly influenced by the inflammatory rhetoric of their Arab Knesset members and other politicians in the aftermath of the shooting in Kfar Kana.

One Knesset member, Ahmed Tibi, denounced the fatal police shooting of the Arab man as a “mafia-style execution.”

Some Arab Knesset members have also been exploiting the controversy surrounding visits by Jews to the Temple Mount in Jerusalem to step up their rhetorical attacks on Israel. Interestingly, these Knesset members are not known to be devout Muslims and have never been seen attending prayers at a mosque.

Yet this has not stopped them from inciting their people by telling them to “defend” the Aqsa Mosque from Jewish “settlers” and “extremists” visiting the Temple Mount.

In some instances, the Israeli Arab representatives did not hesitate to confront and taunt policemen at the holy site.

This is exactly what Knesset member Haneen Zoabi did recently, when she compared the police’s behavior to the Holocaust: “Someone did this to you, decades ago,” she shouted at the policemen. “Remember that? Somebody did rule over you and screwed you over decades ago. You did not learn the lesson.”

On another occasion, Zoabi compared Israeli soldiers to Islamic State terrorists. “They (Islamic State) kill one person with a knife each time, while the IDF kills dozens of Palestinians at a time by pressing a button,” Zoabi said. “The soldier remains in the plane when he launches strikes and he does not see the victim – the wings of the plane just lightly shift. IDF soldiers are no less a terrorist than the ones who behead. They kill more than a knife kills.”

It is hard to see how the words and actions of these Arab Israeli leaders help, if at all, the Arab citizens of Israel. On the contrary; these representatives seem to be determined to damage relations between Jews and Arabs inside Israel, the same way Hamas and the PLO destroyed any prospects for peace between Israel and the Palestinians of the West Bank and Gaza Strip.

The leaders of the Israeli Arabs are damaging their people’s hopes of being fully integrated into Israeli society and being looked upon by Israeli Jews as equal and loyal partners.

It is time for these citizens to stand up to those Arab Israeli leaders who are causing them huge damage and remind them that they are supposed to represent Israeli Arabs and not the PLO or Hamas.

It is also time for them to start searching for better leaders before it is too late to stop the rapid deterioration of relations between Israel’s Arabs and Jews. 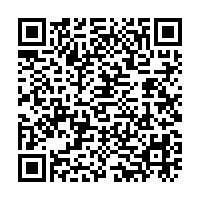