The officer of the Prime Minister did not spell out what Kerry said, but, not surprisingly, talks are going nowhere fast before a Monday deadline that very well could be extended, and not for the first time. Iran likes to buy time for the obvious reason that it wants to reach the point of no return in being able to get its hands on a nuclear warhead to point at Israel and American military bases.

The Wall Street Journal quoted a senior Western diplomat Saturday that reaching a final agreement by Monday was “impossible.”

“We have reached a point in the talks where probably we can’t have an agreement without some very significant moves from the Iranians,” the diplomat said. “No one can say this is finished … The only thing is we can’t do the job for the Iranians.”

Iran says it will abide by the agreement only after the sanctions are lifted.

Israel knows Iran is lying, again. The United States should now it by now, but it is so used to believing lies that it can hardly distinguish them from the truth.

Netanyahu said at the beginning of Sunday’s weekly Cabinet meeting, “Last night US Secretary of State John Kerry updated me on the situation in the nuclear talks with Iran. We are anxiously monitoring developments in these talks. We are holding discussions with the representatives of other major powers and are presenting them with a vigorous position to the effect that Iran must not be allowed to be determined as a nuclear threshold state.”

He reiterated the “no deal is better than a deal theme,” in the vain hope that Kerry was listening.

“There is no reason why it should be left with thousands of centrifuges that could enable it to enrich uranium for a nuclear bomb in a short time,” Prime Minister Netanyahu said. “Neither is there any reason why Iran should continue to develop intercontinental missiles, which could carry nuclear warheads, and thereby threaten the entire world.

“Therefore, no agreement at all would be preferable to a bad agreement that would endanger Israel, the Middle East and all of humanity.” 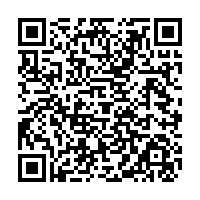