Hope you are well! I am doing great, but my back is still on the fritz from IDF reserves. We, a thousand IDF Paratroopers, participated in an amazing land, air, and sea exercise, “capturing” both the Carmel in Haifa and then the Hermon on the border with Syria. I drove a Ranger jeep throughout the nights and got six hours of sleep in 4 days. I cannot describe to you the beauty of Israel’s untouched nature as seen through night vision goggles, on a full moon night at the foothills of the Hermon mountains, with choppers landing left and right, and Israel’s finest soldiers trudging up to the peak.


Fighting for Israel makes one proud. But we were not always ready to fight for Israel and we were not always so proud. A dark story in our past continues to haunt us – it is discussed in this Shabbat’s Torah portion, Parshat Shelach. This is my favorite Torah portion of the year, because it deals with issues so central to our lives today. I even made a film about it in which I travel to Hebron, the Temple Mount, and the Tomb of Rachel to tell the tale. Watch the film HERE.

Back in Bible times, the Jews were going through one heck of a roller coaster. Through wonders and miracles they Exodused from the murderous bondage of Egypt, they traveled through the desert to Mount Sinai, where they were privy to an awesome laser-light Torah-giving extravaganza, and now, armed with newfound freedom and a guide book of Supreme Knowledge, the Jews trekked toward their final destination, the Land of Israel.

On the edge of the land, Moses sent in reconnaissance, the top tribal leaders of the generation, to come up with a tactical plan to enter and capture the land. The undercover agents surveilled the land for 40 days, from the 29th of Sivan to the 9th of Av. But when they returned for debriefing, they unleashed a torrent of darkness so pernicious that we are still suffering the impact of it today. The spies, the trusted leaders of the 12 tribes, went from tent to tent maligning the land, reporting that it eats its inhabitants, that unbeatable giants roam the countryside, and that the Israelites would never succeed against those odds.

Caleb and Joshua, two of the 12 representatives championed the virtues and opportunities of the Land of Israel, entreating their kinsmen not to be afraid, assuring them of victory and prosperity. Caleb – who God later praised as having a “different spirit” – expressed his faith and love of the land in his famous phrase “Aloh Naaleh – We can certainly go up and take possession of it, for we will surely overcome it.” But Caleb and Joshua were shut down, overruled by the negative reporters. Instead, fear filled the hearts of the Jewish people, and they cried, rebelling against God’s promise to the forefathers, begging to return to Egypt, to slavery.

God’s wrath was kindled. He sentenced the whole generation to die in the wilderness, because they could not be cured of the slave mentality shackling their minds to Egypt. A new, fresh, forward-thinking generation would have to be born – one ready to advance into the challenges and triumphs of life in Israel.

But that was not the end of the story. So disgusted was God with the unwarranted tears of unfounded fears that He decreed that in the future, the day the ill-fated report was issued – the 9th of Av – would be a date worthy of real tears. It would be a day of calamities and sorrow, the date on which Jerusalem would twice be destroyed and the Children of Israel would be exiled for millennia. As we are dispersed around the world, we are in the grips of that exile until today.

So false messaging, fear mongering, and the broadcasting of doubt brought down a generation and led to the Jewish people’s worst tragedies. The Israelites were about to enter the land, but were instead sentenced to a 40-year desert death march and destined to endure a long and painful exile. A missed opportunity if there ever was one. 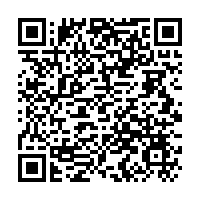