My twelfth-grade son is taking his SATs this week. And though years of being a bookworm have netted him an impressive vocabulary, he still kvetched when he heard that the vocabulary section of the SATs, along with the essay and math sections, will be slashed in the years after he takes them.

Less than two months ago the College Board announced its updating of the SATs by removing old vocabulary words, making math easier, ending penalties for guessing and discarding the mandatory essay. In the new SAT vernacular, this is a further “dumbing down” of already diminished requirements for American students at a time when they continue to fall precipitously in worldwide rankings.


And despite research that points to slightly higher percentages of black and Hispanic students over white students using test prep, College Board officials continue to claim that financially better-off students have an edge. In an effort to emphasize “fairness,” reduce “inequality” and “provide opportunity,”, they will partner with an online education site to help students prepare for the tests.

How ironic that this announcement was soon followed by the Supreme Court ruling that upheld a Michigan constitutional amendment banning affirmative action in admissions to the state’s public universities. By legalizing states’ abilities to protect the rights of all student applicants based on merit rather than race, the court’s decision points to the need to strengthen rather than weaken the role of achievement in achievement tests.

Opponents of the ruling highlight the significant drop in enrollment of black and Hispanic students in the most selective colleges and universities in Michigan and other states like Florida and California that forbid affirmative action in higher education. What they don’t mention is the inverse increase in enrollment of deserving students who work hard and earn the right to be accepted.

These same opponents also overlook the proven insult and injury to minority students who rely on affirmative action and its twin partner of lowering educational expectations. The harm that results in rewarding failure and punishing success only serves to further compromise these students’ ability to perform.

It is not the role of schools or government to make people feel good about themselves. Self-esteem comes with productivity, not in the absence of it. And if rectifying the ills of affirmative action results in a decrease in blacks and Hispanics in colleges at a time when it is vital for our country to compete in a global marketplace, so be it.

No amount of artificial enhancements can take the place of a strong work ethic applied to learning. And that ethic is learned at home, irrespective of a family’s financial standing. Which is why those cultures imbued with a strong emphasis on education are the same ones succeeding today, in America and elsewhere.

As was recently reported, a single father from the Sichuan Province in China walks nine miles every day with his disabled 12-year-old strapped to his back so the boy can get an education. He estimates he’s walked 1,600 miles since he started taking his son to school because, though the boy is physically disabled, “there is nothing wrong with his mind.” Thanks to his father’s devotion, Xiao Qiang has climbed to the top of his class.

There are many similarities in the emphasis on education found in the Asian and Jewish communities. Indeed, it’s hard not to connect the dots between the People of the Book and their long history of success, despite the many challenges they’ve faced.

Long before there were laws against discrimination or financial safety nets, American Jews rose to the top academically and economically. The success stories of immigrant Jewish Americans in the early half of the past century and once-penniless Holocaust survivors in the second half attest to their determination to succeed despite obvious hardships. 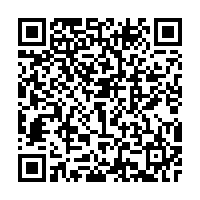