At a recent event in Tel Aviv, American Jewish media personality and headliner Ben Shapiro was asked—to roaring applause from the olim-filled audience—whether he would ever consider aliyah to Israel.

“Because the fundamental principles of the United States are good, eternally good and worth upholding, and my fight to do that as a Jew is deeply important … my Jewish mission does not conflict with my presence in the United States,” answered Shapiro.

He was then asked, “Shouldn’t all Jews live in the State of Israel?” He replied, “Jews should live where they can be a light to the nations, and for me, as a person with millions and millions of followers in the United States, promoting what I think are values that are eternally good, living in the United States is a point of morality for me.”

These were sharp answers from a very thoughtful individual. America is a great nation with important values and perhaps the most influential country in the world. In that sphere, Ben Shapiro has a unique standing. His work affects millions of Americans and, being a believing and practicing Jew, he can justly be said to be on shlichut—emissary work for Judaism and Israel.

There are others, like Chabad emissaries on college campuses, who can also claim that they have an important Jewish mission outside the Land of Israel. However, most American Jews who do not have millions of followers or are not on clear emissary duty do not belong in the same category.

Shapiro’s remarks about America remaining an inviting place because Israel serves as a defense in case of trouble is a commentary on the history of Jews in non-Jewish societies. Yet Israel’s defense of Jews worldwide is not exactly a rationale to remain outside the Land of Israel. Moreover, I am not sure if Israel is indeed ensuring that Jews are safe in America. I have been shocked by what young Jews in American public schools have been telling me about the surge in anti-Semitism they face, not to mention the hatred that the Jews of France, Russia and South Africa must deal with.

The Big Project of the Jewish People

As a Jew who lives in Israel and believes in the centrality of the Jewish state, I am very much pro-aliyah and believe that God is ingathering the exiles as promised. Living in Israel is the fulfillment of Jewish destiny. But when thinking about how to speak with my American Jewish brothers and sisters, I have learned to take a less binary approach than I once did.

Asking Ben Shapiro head-on if he would make aliyah makes it look like there is only a binary choice—either you are in or you are out. But in truth, the spectrum of ways to connect with Israel is wider than that.

Instead of hitting American Jews with an aliyah ultimatum that will likely be answered with a “no,” I prefer to get to “yes” by making simple suggestions.

Had I been in Ben Shapiro’s place, I would have used the opportunity to pause and ask a basic question: What is the biggest single project of the Jewish people in our time? In my opinion, it is the rebuilding of the Jewish commonwealth in the Land of Israel. It is what we have prayed and waited for, and it’s happening in our lifetime.

And if building Israel is our people’s goal, then that goal is not limited to Jews living in the Land of Israel. All Jews can and should be part of the national mission of rebuilding Zion, no matter where they live. A committed American Jew can say, “I may not be in the land for various reasons, including my shlichut where I am, but I identify as a Jew who believes in the centrality of the Jewish commonwealth. Though I live abroad, I am engaged in building Israel.”

Indeed, millions of American Jews are dedicated to that national aspiration. They donate their hard-earned money to the cause of building and strengthening Israel; many come to Israel once a year, spending their precious vacation time in the Jewish state; others send their children to study in the Holy Land for a gap year course at a university, seminary or yeshiva. I know an American Jewish lawyer who brings his family to Israel every summer while he works American hours at night. Another lawyer friend goes out of his way to hire Israeli lawyers to work remotely for his American firm so they can earn a good salary while living in Israel. These people make every effort to support developing and building Jewish life and industry in the Land of Israel while not yet making aliyah.

Aliyah Is Not a Binary Option

Let’s not get stuck in the binary aliyah
position that can lead to a “no” and push Israeli and Diaspora Jews away from each other.

So, instead of hitting them with an aliyah ultimatum that will likely be answered with a “no,” I prefer to get to “yes” by making simple suggestions: “Have you considered buying property in Israel? It makes good financial sense, your kids will love it and you’ll own a piece of the rock!” Most of the time, Jews seriously consider purchasing real estate in the Holy Land. Other times I get to “yes” by asking, “Where are you thinking of sending your child to study in Israel?” or “Which Israeli organization do you support?”

A “yes” on these steps towards a greater connection to Israel is better than a “no” on the binary aliyah option.

And when people ask me what steps they could take to get closer to Israel, I give simple advice: “Commit to drinking Israeli wine on Friday night—it’s a great way to make a stronger connection and to not only support Israel but to have Israel inside your body and soul.” Also, I always recommend putting up a picture of Jerusalem—or a favorite place in Israel—on a wall in their house facing the Holy City, which makes Israel a daily sight. Finally, I like to say, “Consider purchasing a burial plot in the Holy Land.” Almost everyone asks how much it costs.

Making aliyah and living here in Israel is a dream come true for some and a fulfillment of a religious mandate for others. But for various reasons, not everyone can do it or even wants to do it. Yet many steps can be taken to strengthen the connection between Jews of the Diaspora and Israel—mini-aliyot. The first step is to become conscious of the rebuilding of Israel as our people’s biggest project, and that we can all take part in it, no matter where we live.

Let’s not get stuck in the binary aliyah position that can lead to a “no” and push Israeli and Diaspora Jews away from each other. Instead, let’s find ways to get to “yes” and foster greater connectivity. And a “yes” on mini-aliyah is more likely to bring a “yes” to full aliyah down the line.

All these thoughts may not have come out during Ben Shapiro’s talk, but having the privilege of knowing him, I think he would agree. 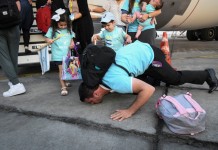 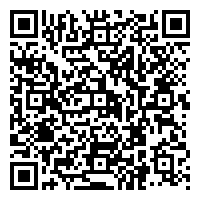