On  Purim Radio talk show host Rush Limbaugh made fun of me. He said I was “so morally loose,” I should make a video of my daily behavior “so everybody could enjoy it.”

I’m not sure what prompted it, I hear he’s been badmouthing many folks recently, maybe he didn’t even mean to pick me, maybe my name just happened to be on his desk while the microphone was on, stranger things have happened.


It wasn’t a biggie, really, I’ve been called worse. When my wife heard what Rush had been calling me, she said she wasn’t surprised. So maybe it wasn’t even such a bad thing that Rush did, maybe he even meant it as a caution, so I would go ahead and mend my loose morals.

I never did anything wrong to Rush, though. Once in a while I would comment that his show wasn’t really my cup of tea. Was the term “cup of tea” offensive? Did it imply that I thought Rush was the kind of person who drank tea? Was Rush offended because I said he drank tea? Because, in reality, I didn’t. I only said his show wasn’t my cup of tea, which really implied I was the one drinking tea, except not Rush’s tea, someone else’s tea, perhaps.

Maybe Rush was just on a tear, having called Georgetown law student Sandra Fluke even worse names than he did me. Maybe Rush’s show was just plateauing, and he decided to insult everyone in North America, and just to make it interesting, he started with folks who were pretty much anonymous.

“Anonymous?” Rush must have roared at that memorable editorial staff meeting, smacking Snerdley across the back of his head the way he likes to do when he’s self-satisfied. “I’ll show you how I take this supposedly ‘anonymous’ person and turn him or her into a star overnight, faster than any of those TV shows where it takes them weeks to make you famous.”

So, maybe Rush insulted me on a dare.

But here’s the funny thing, as soon as news came out that Rush insulted me, people started empathizing with me and writing Rush’s advertisers to stop sponsoring him because of what he said about Yanover.

I was particularly touched by a guns and ammo mail order service that said they’d had it up to here with Rush’s on-air brutality, and that insulting Yanover was just something you didn’t do.

As more and more sponsors were starting to leave him, Rush’s secretary called and asked what he could do to get me to forgive him. I wasn’t sure what to ask for. Finally I told her the back yard grass was a little tall, it being winter and such.

Rachel Maddow invited me to come on her show and say something bad about Rush in return, but I can’t stay up that late, not on school nights, anyway.

Many rabbis announced they’re no longer listening to Rush because of what he said about Yanover, and they asked their congregations to tune away as well.

So, after all was said and done, it wasn’t such a bad thing to be insulted by Rush Limbaugh.

When he’s finished mowing in the back, I’ll probably ask him to fix the shed door. My wife says we should just let him go. The poor man hasn’t been himself.

I bet he’ll do a fantastic job on that door. 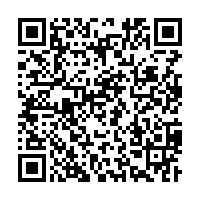