It annoys me when liberal Jews, upset with Obama’s anti-Israel stance, portray him as “misguided or ill-informed.” He’s not ill informed. He knows precisely what he is doing. He is calculating and crafty. Previously, he had to hide his Jew hatred if he wanted mainstream liberal Jewry to vote for him. The media hid all the nasty dirt on him, such as his friendship with former unrepentant Weatherman terrorist, Bill Ayers, and his already referenced relationship with Wright. Now, well into his second term, Obama has nothing to fear. In this latest sadly ineffectual war against the Amalekite Arabs, Barack Obama openly chose the Arabs and Hamas and kicked Israel in the teeth. Hamas is the victim. Fatah is moderate and reasonable. Abbas is a political leader, not a holocaust denying disciple of the Mufti. Only the stubborn belligerent Jews in Israel are to blame. Obama is giving insane sums of financial aid to save Hamas from destruction. He wants Israel to immediately stop fighting while the Arabs come at us with their daggers at our throats. This is an open act of war against Israel.
We’ve all read transcripts of Obama’s disgraceful conversation with Netanyahu. I understand that spokesmen on both sides are denying the conversation, but the ones who leaked the story are insisting that it is authentic. And many reputable news sources are arguing likewise. Frankly, this is precisely how the arrogant Obama speaks to anyone who questions his authority. In person, you would have seen his stupid bony finger waving in Bibi’s face, as if he were scolding a child.
Truth Will Prevail
Obama is sealing his fate. What becomes of him in this world is anyone’s guess, but as long as he breaths air he will continue to wage war with Am Yisroel. When his term is over, he will make millions traveling the world with his reprehensable wife, and like Jimmy Carter he will spread his oral version of “The Protocols” to a morally bankrupt world who still believes that we drink Gentile blood. He will certainly get his due in the next world. Perhaps with G-d’s wisdom, we will merit to see his downfall in this world as well.
The Torah promises the nations of the world, “I will bless those who bless you and curse those who curse you.” We Jews don’t need the world’s support. Our Divine covenant is eternal and irrevocable. And while we appreciate righteous Gentiles who support Israel with no hidden agenda, (assuming it does not abrogate Halacha or endanger the spiritual integrity of the nation, i.e. Missionizing), at the end of the day we will be fine. Our eternal covenant ensures our redemption, while the vipers of the world will have their heads crushed. But moral people in the U.S. need to heed the Bible’s promise, because it is directed to non-Jews. Obama’s path will seal America’s fate. Not merely because he is actively destroying the country. But rather, because the bible promises it. The eroding moral fabric of conservative America is proof of this, as Obama undermines the very notion of family and the sanctity of marriage, on the altar of moral relativism, sexual degeneracy and social perversion.
Today, we can see Barak Hussein Obama for who he is. The mask is gone. Let this rabid dog bark to himself in the oval office. There is no reason for Netanyahu to speak with him. Obama speaks with more respect towards the savages of Iran and the Wahhabi Saudi’s. He is the greatest friend Hamas ever had. And don’t expect the self-loathing losers of the Anti-Defamation League to defend Israel against Obama. Even if Abe Foxman comes out with some neutral, parve statement supporting Israel, Obama will remain unscathed. Too many liberal donors go gaga for this big-eared buffoon. And the ADL has a long history of showing a double standard against black anti-Semites.
Have no fear of Obama. From the Torah’s perspective, this can be viewed in a positive light. Now we have one choice. We can continue on the suicidal path of Shimon Peres and his morally bankrupt leftists, or we can turn to The Almighty and create a Torah State that both asserts our eternal right to the land, and presents the Jewish nation with the moral clarity to fight for it.
As the Fast of Av approaches and we mourn the destruction of the second Temple, the Jewish people have an opportunity to do collective, national repentance to alter our destiny. Please G-d, we will finally open our eyes and pursue the authentic Torah path, which will see the coming of the true Messiah.
Advertisement 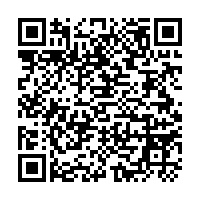