When parents and their married children live far apart, they enjoy visiting each other in their respective homes. This is somewhat of a vacation.

Last weekend my upstate neighbor went to Toronto from the Catskills to take a short leisurely visit from her husband’s parents’ upstate home, where they reside during the summer. The wife’s parents reside in Toronto, so this young couple and their young children decided to visit the wife’s family, allowing the Toronto parents to have some nachas from their grandchildren as well. Little did they know how much luck this mitzvah would bring them.


As they finished their weekend visit, the young husband, on his way back from Toronto, returned his wife and children to the Catskills, where they were spending their summer. Interestingly, this was their first time staying long term at the husband’s parents’. Previously, they would just come for an occasional weekend as they had to share it with his siblings , but this summer these grandparents , the husband’s family, had the availability, and pleasure, to allow this couple to come spend the summer with them, as their other children settled elsewhere for the summer.

The young husband, after a short rest, returned to his local home. As luck would have it, the father-in-law from Toronto had some business in New York, so he hopped a ride back with his daughter and son-in-law. He opted to stay with his son-in-law for a few short days in Brooklyn. After their short rest upstate, catching a few short hours of sleep, the father and son-in-law started the trek home. The father-in-law, none other than Shlomo Simcha, a popular singer, came to promote an album. He went on to do some business while the son-in-law went home to sleep, late in the evening.

A few hours later, Shloma Simcha returned home in the wee hours of the night. He smelled something funny, and aroused his very tired son-in-law (after some poking and jabbing). It smelled like a fire, though they hadn’t seen any signs of it, and quickly ran out of the house in pajamas. The son-in-law, half asleep, went back into the house to retrieve his tefillin. At that time he opened up a closed door to a room and saw billowing smoke and fire. He thought how fortunate he was that his wife and children spent their first summer upstate, and he didn’t have to drag any children out of the house.

How interesting? That the father-in-law came back with him, so he can obviously save his son-in-law’s life, as the fireman said, “Another 20 minutes, nobody would have gotten out” as it came from the attic and wasn’t visible until it was too late. And how beautiful when the young man realized his important gems were not involved (his family), he thought to go in and retrieve his other precious gem (tefillin), this special item that affords him protection every day as he dons it.

Does Hashem care for and watch over his children? Baruch Hashem! 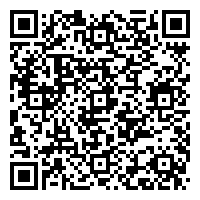