As an estimated 220 fires raged across central and northern Israel, foreign nations sent firefighting aircraft flying to the aid of the Jewish State.

Prime Minister Benjamin Netanyahu pointed out at a briefing Wednesday that some countries were sending aerial firefighters, but said it was clear that more were going to be needed.


“Firefighting planes from Israel and around the world are the critical component… That’s why we built the fire air squadron and it’s doing an excellent job. Countries are joining hands… Russia, Greece, Italy, Cyprus, Croatia and Turkey have already answered the call.”

By Thursday morning, Israel’s Foreign Ministry had announced via Twitter and other social media venues: “The Russian Ministry of Emergency Situations has sent two Beriev Be-200 amphibious aircraft to fight the fires in Israel.”

The ministry didn’t forget to offer the nation’s thanks to everyone who sent help in Israel’s hour of need. “Thank you #Cyprus, #Croatia, #Greece, #Italy, #Russia, #Turkey, #Romania & Bulgaria for sending help to fight the fires in Israel. True friends!” tweeted the ministry on the Twitter social networking site.

“Every fire caused by arson, or incitement to commit arson, is terrorism for all intents and purposes,” Netanyahu underlined at the briefing, “and we will bring them to justice.”

Update for our readers in Azerbaijan, on Friday (Nov. 25) Azerbaijan sent a fire-fighting plane. 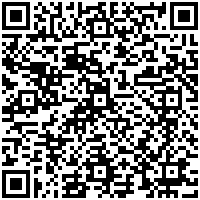