Vandalism and garbage throwing is not a new phenomenon at the most ancient Jewish cemetery on the Mount of Olives in Jerusalem. Amid the thousands of tombstones, some of which have been defaced or smashed into pieces, there are areas full of trash and litter left by local Palestinian youth from neighborhoods nearby.

One woman in particular is extremely agitated by the current situation.


Mirella Petteni Haggiag, a former Italian model from Rome, makes her way through the tombstones with a garbage bag in her hand several times of year when she visits Israel. She comes ready to clean around the tombstone of her late husband, Robert Haggiag, the legendary Italian-American film producer.

“This is a holy place. It’s shocking to see what happens here” Mirella Haggiag told Tazpit News Agency in an exclusive interview recently. “The Arabs hold parties and leave behind a mess. For the past five years, I come here and clean up.” “I want this place to be perfect for my husband, may he rest in peace. But look at all this,” says Mirella Haggiag, picking up the garbage and red coke cans strewn around. “These must be the result of parties. It’s not nice.”

Because Mirella lives in Rome, she also sends someone to clean Robert Haggiag’s gravestone or one of their children when she cannot be in Jerusalem. “This isn’t actually as bad as other parts of the cemetery,” she comments. “Over there, you can see the graves have been burnt and some completely smashed up,” she says, pointing to the section where the Afghanistan Jewish community is located. “They haven’t been able to destroy my husband’s tomb,” she told Tazpit.

“My husband would have been 102 years old today. I can’t imagine what he would say about this. People need to know what is happening to this cemetery,” she says.

Her husband’s life is a one fascinating story among the many notable personalities and famous figures in Jewish history buried on the Mount of Olives.

A famous film producer, Robert Haggiag co-produced and distributed more than 50 films, achieving international success with such films as Moulin Rouge, the Barefoot Contessa (1954) starring Humphrey Bogart and Ava Gardner, and Anthony Mann’s El Cid (1961), with Sophia Loren and Charlton Heston, among many others. He earned the Italy’s prestigious David di Donatello award and the Palme d’Or at France’s Cannes Film Festival in 1965.

Robert was born Nessim Haggiag in 1913 in Tripoli, Libya and came from a Sephardic Jewish family of nine children. He studied at the University of Turin and eventually came to own many properties and movie theaters in Tripoli. However, during WWII, he was forced to abandon everything, and escaped as a war refugee to America with nothing. According to his obituary in the Telegraph, all that Haggiag owned was confiscated by the new Islamic social state.

In the late 1960’s, Robert Haggiag co-founded the largest film distributor company in Italy, with exclusive rights granted to Warner Brothers, Twentieth Century-Fox and other American studios. Later in life, he helped co-produce with his son the Lady Chatterley TV series for the BBC.

Haggiag passed away in 2009 at the age of 95 and is survived by Mirella, their two sons and a stepson.

To this day, the Haggiag family continues to maintain a strong connection with Jerusalem. This year, as in the past, the Haggiag Family Award for Israeli Cinema in memory of Robert Nessim Haggiag will be given during the upcoming Jerusalem Film Festival in July.

“My husband always wanted to be buried here in the Mount of Olives,” Mirella Haggiag told Tazpit. “And there is a family plot for myself and our children. But it’s quite depressing – I want to look for another burial place for myself. Who will clean up after I’m gone?” she asks. 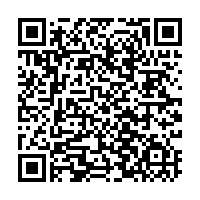