Naftali Bennett, chairman of the Jewish Home party and a key government coalition partner, has publicly proposed that Israel annexing Maaleh Adumim, Gush Etzion and other areas in Judea and Samaria where there are large Jewish population centers.

“I favor implementation of Israeli sovereignty over the zone where 400,000 [settlers] live and only 70,000 Arabs,” Bennett, who also is Minister of Economy, said on Israeli radio Sunday. His numbers are way off the mark, unless he was including approximately 250,000 Jews who live in areas of Jerusalem that have been under Israeli sovereignty since 1980. The United States and the United Nations still refer to them as “settlements.”


Bennett did not refer to any specific communities, but Maaleh Adumim, east of Jerusalem, Beitar Illit, Efrat and neighboring communities in Gush Etzion, and the city of Ariel are home to approximately 150,000 Jews, about half of those living in Judea and Samaria.

Even talking about annexing parts of Judea and Samaria could be enough to scuttle U.S. Secretary of State John Kerry’s “Peace Talk Road Show,” which played another round last week.

Kerry left Israel with triumphant statements, such as “I believe we are closer than we have been in years to bringing about the peace and the prosperity and the security that all of the people of this region deserve.”

Bennett could not have been more negative about Kerry’s cheerleading.

“This is all a joke. It’s as if we’re discussing the purchase of a car with only half of its owners,” Bennett said Sunday.

Add to that juicy comments by Foreign Minister Avigdor Lieberman and Defense Minister Moshe Ya’alon and then ask if Kerry knows what is going in the Israeli government, or ask if chief negotiator is preparing to blow up the whole works by destroying the coalition.

Lieberman told the Saban Center for Middle East Policy in Washington Friday, “Today the trust between the two sides is about zero. It’s impossible to create peace if you don’t have any credibility. I don’t believe it is possible in the next year… to achieve a comprehensive solution to achieve some breakthrough but I think it is crucial to keep our dialogue.”

Ya’alon told the annual Globes Business Conference Saturday night, “As someone who supported Oslo [Accords], I’m learning that on the other side we have no partner for two states for two people. There is no one on the other side, and hasn’t been since the dawn of Zionism, a leadership that is prepared to recognize our right to exist as a nation-state for the Jewish nation, and to recognize an agreement as the end of the conflict and the end to demands.” 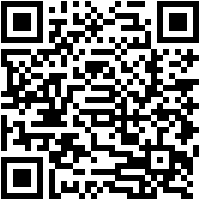