The apartment of Ibrahim Dawabsheh, the key witness in the state’s case against a Jewish man accused of arson murder in the Duma village, was torched around 2 AM Sunday, according to PA sources and an investigator working for Rabbis for Human Rights, Ha’aretz reported.

Most of the 2,300 or so residents of the Duma village are named Dawabsheh. It’s a big clan. Duma, located some 16 miles southeast of Shechem (Nablus) in Samaria, is where last July two homes were torched, one was empty and in the other three members of the same family, Dawabsheh, died.

Ibrahim Dawabsheh told RHR Sunday that he had heard his window breaking, so he and his wife knew immediately it was arson and rushed out, an instance before something inside exploded and the entire place went up in flames. The couple was rushed to hospital in Sh’chem.

There’s a good reason why the Dawabsheh couple had no doubt what the sound of a breaking window in the middle of the night meant. Duma is notorious for its arsons. In 2015 alone there were at least 5 cases of arson there, two of which are being blamed on Amiram Ben Oliel, 21, a Jewish man from Jerusalem who lived in an outpost nearby. The rest were inside jobs, most likely Dawabsheh on Dawabsheh crimes. Apparently, in Duma, when a man is angry with his neighbor he says it with gasoline and a match.

Ibrahim Dawabsheh is a key witness in the case against Ben Oliel. But that does not necessarily mean that the accused in the case has a motive to kill him. In fact, Ibrahim Dawabsheh could end up being the witness whose testimony causes the case to end in a mistrial, because it contradicts the prosecution’s version of the crime.

The indictment against Ben Oliel says he was planning to commit the crime together with a minor acquaintance, but the kid never showed up so he carried out the double arson and triple homicide alone. But Ibrahim Dawabsheh insists he saw two masked men in jeans and black shirts setting the fire and running off. There are other inconsistencies — the indictment describes Ben Oliel as throwing a Molotov cocktail through a window and running away, but Dawabsheh says he saw the arsonists standing over their victims.

This was his account in Lod District Court in early March: “I saw two men dressed uniformly and with black covers over their entire heads, including the neck, with eye, mouth and nose openings; a long, black shirt, long sleeves and black jeans. One of them stood near the head of Riham and the other near the head of Saad, and fire erupted from them.”

The witness continued: “I yelled out to wake up the neighbors, and when I came back I saw that they [the arsonists] had fled.”

The witness’ point regarding two attackers is supported by a document citing an IDF scout who reported seeing two sets of tracks.

The prosecution’s single-killer theory relies on the reenactment the Shabak had the suspect, Ben Oliel, perform after almost three weeks of isolation and torture (the torture part was permitted by a special order of the Attorney General, Yehuda Weinstein, who declared Ben Oliel a “ticking bomb” even though there was no reason to believe there was another crime in motion the suspect could help stop). Now it may turn out that the reenactment, and the confession on which it was based, were completely trumped-up.

And just to be on the safe side, while the prosecution is figuring out the gaps between its key witness’s version of events and the indictment, a Jerusalem judge (the case is being heard in Lod) on Sunday placed a gag order on the hearings in the case until April 20. The form they used only provides for a one-week gag, but the cops crossed it out and made it a month. Except that the language of the form continues to discuss how in one week police may apply again. 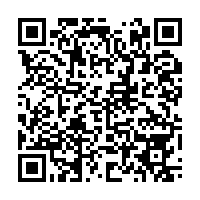