The graffiti targeted the Jewish Beta Rho Pi fraternity and the co-ed LGBTQ Zeta Delta Xi fraternity, both living in the building.


The graffiti was described by students as “violent” and “threatening,” according to Campus Reform.

Administrators offered counseling for affected students, according to the Campus Reform website.

“Students say they are not surprised by the incident, given the history of anti-Semitism at Brown,” according to the site.

A transgender advocate and writer scheduled to speak on Monday had been canceled last Wednesday. The co-sponsor of the event, Brown RISD Hillel, was targeted by an online petition that accused the group of defending “Israeli state policies of occupation and racial apartheid.”

President Christina Paxson told the Brown community in an email Friday that campus police would investigate the incident after the graffiti was found scrawled across the walls.

“While the graffiti has been removed, the impact of identity-based bias and threat is not easily wiped away … This incident impacts not only those immediately involved, but threatens our shared sense of safety and respect on campus,” officials noted in the email.

Nevertheless, when JewishPress.com checked the university’s Crime Alerts page, it carried no alert or mention of the vandalism on its list of incidents. Apparently the only crimes serious enough to rate a mention are those that involve shootings, robberies, rapes and use of date rape drugs. The most recent incident to make the list was dated December 2015.

“Anti-Semitic and anti-Israel sentiment has been allowed to fester on our campus for years now. I’m disturbed, disgusted and disappointed that Brown community members would do this, but am, sadly, not surprised,” BU student Laura Galvan told Campus Reform. 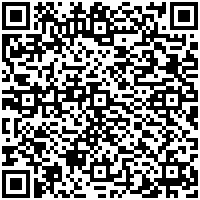