When she was in 10th grade, Saphira Tessler’s parents took her and her brother to Israel for her father’s sabbatical year. Saphira was not happy.  But within months, Tessler changed her mind — and she changed it so dramatically that her mother gave in and moved to Ranaana so that Saphira could complete 11th and 12th grade in Israel, the land which had become her home.

And that country is so important to Saphira, that by the time she graduated in 2012 from the InterDisciplinary Center in Herzliya, she had already married an Israeli and the two committed to starting a business in the Jewish State, one using not just Dead Sea minerals, but in which every single aspect of Saphira Hair is from Israel – from the bottles in which the products are poured, to the boxes in which they are shipped.  The design, production, materials, employees and packaging are all Israeli.

But simply showing support for the Jewish state is not all that Saphira Hair has going for it – Saphira and her husband Aviad Greenberg spent a year meeting with chemists and visiting factories to find the exact right combination of minerals that would work miracles for the hair that Dead Sea minerals do for the skin.

And beyond having a beautiful product with tasteful but glamorous packaging, the woman behind the soon-to-be empire gives meaning to the cliché “beautiful inside and out.” And she’s got talent to boot!

Saphira and her older brother, Roniel, grew up in Potomac, Maryland, where their father has been the rabbi of Beth Sholom Synagogue for nearly 30 years.  Her mother, Aviva, co-founded and is the executive director of Operation Embrace, a non-profit which provides services to Israeli victims of terrorism.

Both Saphira’s parents are musical.  Her mother was an opera singer and her father thought he was going to become an actor on Broadway.  Instead, her father met up with Rabbi Shlomo Riskin, formerly of New York City’s Lincoln Square Synagogue, who told Saphira’s father: “no, you’re going to become a rabbi.”

After receiving smicha from Rabbi Yosef B. Soleveichik, Rabbi Tessler later not only was the spiritual leader of Beth Sholom Synagogue in Potomac, but is also currently the president of the International Rabbinic Fellowship of the Rabbinical Council of America.

With music running in her veins, Saphira also was interested in singing.  She applied and was accepted to New York University’s prestigious Tisch School of the Arts, but deferred for a year while she attended the Lindenbaum Seminary in Jerusalem.  Although Lindenbaum is a studious seminary, Saphira found the time to attend nightly rehearsals and starred in the musical “Rent” in Jerusalem.

By the time Saphira completed her seminary year, she realized she could not return to the States and instead enrolled at the InterDisciplinary Center, majoring in psychology.

While a student at the IDC, Saphira initiated an empowerment program for pre-adolescent girls at Elazraki, a school for disadvantaged children in Netanya.  She later took the same program, called “Strong Women, Strong Girls” to work with girls from privileged backgrounds in schools around Herzliya.

“The girls from privileged backgrounds needed it even more than did the ones who were ‘disadvantaged!'” Saphira told The Jewish Press in interview on Monday, Nov. 4.

Saphira was the president of the IDC’s Hillel, and one of her responsibilities was to run the Shabbat dinners. Some Israeli students who came to the dinners told their friend Aviad about Saphira, and they two finally met.

“I told him I would go out with him, but not to a coffeehouse, as he suggested,” Saphira said about her first date with Aviad. “I told him we had to go to a cabaret, because although I would only date a religious boy, it had to be a boy for whom women singing in public was acceptable.”

Aviad went to the cabaret, passed the “Saphira Test” and they were married in August, 2011.  The two took the money they received as wedding gifts, and invested it all in starting their hair care business.

BUT WHY DEAD SEA PRODUCTS FOR THE HAIR?

Saphira says she was always fascinated by the incredible benefits from the Dead Sea, and she began to wonder whether it would also work to make hair soft and beautiful, just as it does for the skin.  Aviad, whose father is in the hair care business, encouraged his new wife to explore the idea. 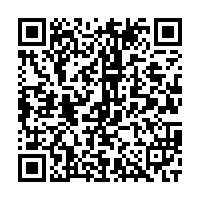