The IDF shot at Syrian army posts Tuesday afternoon following the bomb blast that  hit an IDF jeep on patrol at the Syrian border on the Golan Heights Tuesday and wounded one soldier seriously.


The blast, at the border near the Israeli Druze city of Majdal Shams on the Golan, also scored a direct hit an armored vehicle that absorbed the impact without additional injuries to soldiers inside the vehicle. The fire at the Syrian army posts may have been intended to provide cover for the evacuation of the wounded soldiers to Rambam Medical Center in Haifa.

Army tanks also retaliated with artillery fire on suspected Hezbollah positions in the Lebanese village of Kfar Kileh near the northern borders of both enemy countries,

Last Friday night, an IDF convoy was targeted by a Hezbollah bomb, and the terrorist organization is almost certainly trying to take revenge for an alleged Israeli bombing of a Hezbollah missile last month. 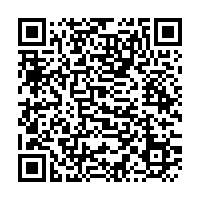