A Palestinian Authority terrorist stabbed two men, one of them a soldier, at the Hebron Jewish neighborhood of Beit Hadassah around 1 p.m. (6 a.m. EDT) Wednesday.

A Hebron security officer shot and killed the terrorist, whose cousin carried out a terror attack in Hebron three days ago.

One of the victims, a soldier suffered serious wounds. The second victim suffered light wounds and was identified as Yitzchak Strook, son of Hebron resident and former Knesset Member Orit Strook. Despite his wounds, he pushed the terrorist away until the security officer shot him.

Both were described as being in their 20s.

Magen David Adom medics treated the wounded at the scene before they were evacuated to a hospital in Jerusalem. 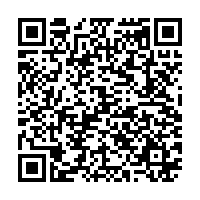