Ten people have been taken hostage in a terror attack Friday on the Tunisian Consulate in the Libyan capital, Tripoli. Libyan officials were not available for comment, Reuters reported.

The Tunisian Foreign Ministry issued a statement Friday calling the incident a “blatant attack on Tunisian national sovereignty and a flagrant violation of international laws and diplomatic norms. The ministry said it is monitoring the situation and working to secure release of the consulate workers.

An Al Qaeda terror affiliate group attacked the U.S. Consulate in Benghazi, Libya on September 11, 2012, murdering Ambassador Christopher Stevens and three U.S. diplomats. A number of other foreign diplomats and consulates in the country were also attacked, leading most nations around the world to withdraw their personnel from Libya.

Tunisians have been warned by the ministry not to travel to Libya due to the current situation; at least 60,000 Tunisians are employed in the country.

Tripoli is currently under the control of a government not recognized by the international community. Libya itself is in utter turmoil, having been torn apart in a brutal revolution in the 2011 Arab Spring.

After rebel forces deposed 40-year dictator Muammar Qaddafi, the nation went through two weak governments and battles between hundreds of militias that left the country ripe for seizure by terrorist forces.

At present, Libya’s internationally-recognized parliament convenes in the eastern city of Tobruk after having been forced out of Tripoli by the Islamist government backed by militas who seized the capital last August.

Much of the country, however, is already under the control of the radical Islamist Da’esh (ISIS) terror group. Da’esh has captured Sirte, the former hometown of Qaddafi, the nearby electricity power plant and Libya’s sole international airport.

Tunisia, which borders Libya, is one of the few countries that had still maintained a mission in the country. 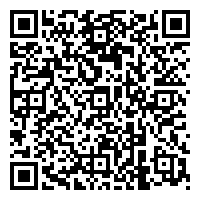