A special refugee rescue flight sponsored by the IFJC (International Fellowship of Christians and Jews) brought 110 Ukrainian Jews on their aliyah trip home to Israel on Tuesday.

Among the group was the husband of the late Irina Shelkayeba, killed at the beginning of February by a direct hit from a rocket that slammed into her home as she was cooking. The attack on the eastern Ukraine city of Donetsk was launched by pro-Russian separatists.


Irina’s husband and the rest of the family members who came with him on aliyah were met at Ben Gurion International Airport by her niece Liora Nissim. It was Nissim who had also assisted the family with their decision to leave Ukraine and move to Israel.

“I made aliyah myself 17 years ago as part of the Na’ale program, while my family remained in Donetsk in eastern Ukraine,” she explained.

“They lived next to the airport, an area in which the difficult battles were waging. This was continued on and on and they waited all this time for it to finally end. It is hard to leave home, especially when war is raging outside. Then the rocket fell and killed my aunt. The house was ruined. They remained with no property.

“I started aiding them from Israel. I heard the IFCJ is organizing refugee flights and I immediately called. Their representative contacted my broken family that fled under heavy shelling to the city of Dnieper and a month and a half later they were on their way to Israel”.

Tuesday’s flight was the third sponsored by IFJC since December, totaling 560 Jews rescued from Ukraine alone.

The organization says it has decided to increase its efforts in bringing home the thousands of Jews who are in distress in countries around the world, in the years to come. IFJC is supplementing the standard aid package granted to new immigrants in Israel, since many of the newcomers are battle refugees, and others were harshly affected by the economic state that Ukraine was suffering. In addition, IFJC reached out to local mayors across Israel to advocate for special support to the newcomers in their towns.

“Every generation has its own miracle of Exodus,” IFJC president, Rabbi Yechiel Eckstein said. “After years of involvement in the bringing of the newcomers from the former Soviet Union and Ethiopia, the IFJC is excited to be a central activist in the enterprise of rescuing the Jews of Ukraine that experience over a year now an ongoing emergency crisis.

“The IFJC wishes a happy Redemption Holiday to all the olim, and promises to stand by them till they are fully absorbed in Israel.” 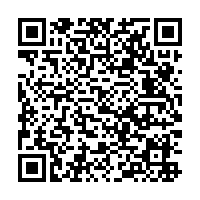