Prime Minister Binyamin Netanyahu has apologized to Israeli Arabs for his Election Day statements urging Jews to counter the “droves of Arabs” at the polls, but President Barack Obama and American media have not apologized to Netanyahu for falsely representing his remark.

The New York Times lead off the hit parade of Netanyahu-bashers by calling the Prime Minister’s remarks a smack of “racism.” and Obama picked up the thread by accusing Netanyahu of inciting racism.

But what did Netanyahu actually say? Here is his quote, widely reported by thousands of news outlets:

Right-wing rule is in danger. Arab voters are going to the polls in droves. Left-wing organizations are bringing them in buses.

That’s it. He did not imply or even suggest that Arabs should not vote. He simply stated that because Arabs are “coming out in droves” to vote, presumably for the Joint Arab List that might agree to allow a left-wing coalition government, Jews needed to show up at the polls and vote for the Likud.

The New York Times editorial the day after the elections reads as if Netanyahu had said something else. The editorial stated:

This outrageous appeal to hard-line voters implied that only he could save Israel from its enemies, including the country’s Arab citizens, who represent 20 percent of the population and have long been discriminated against….

In his desperation, Mr. Netanyahu resorted to fear-mongering and anti-Arab attacks.

Anti-Arab? “Enemies.” That is what The New York Times may wish Netanyahu had said, but fiction makes for good reading at the Times.

Although Israel was founded based on the historic Jewish homeland and the need to have a Jewish homeland, Israeli democracy has been premised on everybody in the country being treated equally and fairly.

And I think that that is what’s best about Israeli democracy. If that is lost, then I think that not only does it give ammunition to folks who don’t believe in a Jewish state, but it also I think starts to erode the meaning of democracy in the country.

Where, pray tell Mr. President, did Netanyahu even hint that Jews and Arabs are not treated equally?

The president’s reaction, along with that of the NY Times and the Israel anti-Netanyahu media, is an egregious libel  based on a non-truth and a twisted interpretation that is unparalleled outside of dictatorial regimes where truth is another word for a lie.

Netanyahu’s comments certainly were undiplomatic and offensive in a country where the Arabs are a minority and often discriminated against, but they were not racist by any stretch of the imagination. They simply touched a raw nerve by referring to Arabs as a political group that could block a right-wing government.

He apologized Monday, stating that he “knows my comments last week offended some Israeli citizens and offended members of the Israeli-Arab community. This was never my intent. I apologize for this. I view myself as the prime minister of each and every citizen of Israel, without any bias of religion, ethnicity or gender.”

But President Obama, The New York Times and the Israeli establishment media have not flipped to  the other side of the coin.

If it is wrong for Netanyahu to scare Jews into voting by warning that the Arabs might usher in a left-wing government, is it kosher for  pro-Arab groups to urge Arabs to vote to counter Jewish right-wing ballots?

In the weird world of truth in the bankrupt left, the end justifies the means when it comes to defeating the right wing.

At least two pro-Arab groups, The Abraham Fund and Ameinu, have admitted to organizing a campaign to urge Arabs to vote, and  there is suspicion that The Abraham Fund may have done so with the help of the American taxpayer.

It launched a “Broad-Based Action Plan to Increase the Participation of Arab Citizens in upcoming Elections for Knesset.” The Abraham Fund, based in Jerusalem, New York City and London,  stated that it “focuses its plans on a number of areas including running conferences for Arab students in colleges and launching a media and advertising campaign to persuade the Arab public to participate in the democratic process and vote in the elections.”

Fair enough, but targeting Arabs to vote is no less “racist” than targeting Jews to vote, regardless of the reason.

But it is not fair if State Dept. grants are used to encourage Arabs, and not Jews, to vote.

WorldNetDaily journalist Aaron Klein reported, “In 2010, the State Department provided the Abraham Fund a $999,715 three-year grant for an education initiative in cooperation with Israel’s Ministry of Education. Another part of the grant was designated to a project with the Israeli security services aimed at fostering closer Arab-Jewish ties.

“Amnon Beeri-Sulitzeanu, co-executive director of the Abraham Fund, told KleinOnline the U.S. government funds are not being utilized for the voter-participation drive.

“‘The initiative is being paid for by private donations from donors interested in Arab participation,’ he said.

“He acknowledged, however, that ‘some (money for the project) comes from our core funding at the Abraham Fund. Since our workers are getting paid anyway, some of their job is dedicated to the vote project.'”

Another group that tried to get more Arabs to vote in last week’s elections is Ameinu, an American non-profit organization. It director Kenneth Bob said at a J Street panel Sunday, “We helped put together a get-out-the-vote effort in the Arab community.”

He confirmed charges by Netanyahu that U.S.-funded groups were behind the move to bring Arabs to the polls. The Washington Free Beacon quoted Bob as saying, “When Bibi spoke about the tens of millions of dollars pouring into this effort, my only correction was it wasn’t tens of millions. He exaggerated a little bit.”

The Free Beacon reported in February on a confidential memo drafted by Ameinu in December 2014 outlining the Arab-targeted initiative led by the group Givat Haviva, which “brought a delegation of Arab-Israeli mayors to the United States in February to meet with Democratic leaders and learn political organizing techniques.

“The State Department expedited the mayors’ visas, according to internal correspondence obtained by the Free Beacon.

“One week before the trip, Darawshe and other Givat Haviva representatives also met with high-ranking American diplomats, including the deputy mission chief, at the U.S. embassy in Tel Aviv to discuss the planned visit.”

No one has apologized for encouraging Arabs, but not Jews, to vote in the elections. 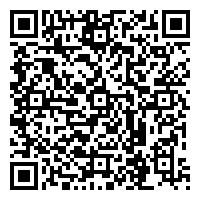