He’s only 13 years old, but a young Jewish boy who was riding his bicycle minding his own business Monday afternoon is now fighting for life at the Mount Scopus campus of Jerusalem’s Hadassah Medical Center.

He is currently in critical but stable condition after undergoing life-saving surgery after being stabbed nearly to death by an Arab terrorist — a boy no older than himself — who attacked him near the Jerusalem Light Rail station on Sderot Moshe Dayan, in the northern Jerusalem neighborhood of Pisgat Ze’ev.


A 25-year-old Jewish man was badly wounded when he was stabbed by a second terrorist, age 17, in the same attack as well.

The Jewish teen was riding his bicycle when the attack began, with the terrorists first stabbing the young Jewish adult.

A passerby saw what was happening and began chasing the terrorists, who ran and then, spotting the teen on his bike, stabbed him as well.

One of the attackers was hit by a car; police shot and killed the second.

The attack took place just a half hour before the nation’s parliament was scheduled to meet to discuss the current security situation.

A massive police presence is still at the scene. Magen David Adom medics treated both victims on site before rushing them both to Jerusalem’s nearby Hadassah Medical Center at Mount Scopus. 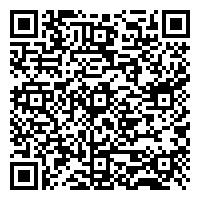