Up to 1,500 reserve soldiers will be ordered to report to the Sderot region. According to the Times of Israel, most of the soldiers will be from the Home Front Command and those trained to operate the Iron Dome anti-missile batteries, but the IDF Spokesman’s Office could not confirm that to TheJewishPress.com.

At the same time, military officials stressed that Israel would prefer that Hamas decide on its own to rein in the rocket launchers, but they quickly added that Israel has the ability and the will to put an end to the rockets if need be.


The move comes on the heels of the largest rocket barrage out of Gaza since 2012. After celebrating the abduction of Eyal Yifrah, Gil-Ad Sha’ar and Naftali Fraenkel on June 12 by handing out candies and flashing a three-finger victory sign, Hamas responded to the unprecedented manhunt for the boys with renewed rocket fire at Israeli civilians.

In addition, the announcement coincided with Foreign Minister Avigdor Liberman’s announcement that he has broken up the partnership between his Israel Beteinu party and the Likud, although Liberman stressed that he would remain in the government. Ostensibly, Liberman said he could not remain a partner to the Likud while maintaining strong disagreement about the government’s handling of the current security crisis, particularly regarding riots by Israeli Arabs and ongoing rocket fire by Hamas.

But the announcement was also likely to be Liberman’s first volley in a challenge to Binyamin Netanyahu for the prime minister’s chair, a campaign that is likely to be defined by the candidates’ stumping their security credentials. By law, elections do not have to be held before 2017, but it is widely believed that early elections will be held sometime in 2015. In that light, the cabinet today instructed the army and air force to ramp up strikes against terrorist infrastructure and activists in Gaza. One army official said  that several hundred reservists have been called up, out of the 1,500 approved by the government, but could not comment on whether the call up should be looked at as a preparatory move for a full-scale invasion of Gaza.

However, another IDF official said that “Quiet was not met with quiet, and therefore we are preparing for an escalation.” 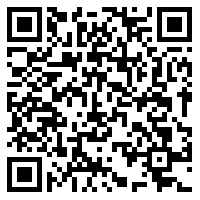