Rocket sirens sounded in Jerusalem, Mevasseret, Beit Shemesh, Gush Etzion, Ashdod, Rechovot, Be’er Sheva, Ashkelon, Har Hebron as Gaza terrorists launched a barrage of 30 long-range missiles at Israel. Approximately 70 rockets and missiles were launched at Israel between noon and 10 pm, with 10 of the missiles launched between 8 pm and 9 pm.

Israel public radio reported that one missile exploded near the Jerusalem suburb of Beit Shemesh, west of the capital.

One Israeli sustained a shrapnel wound from a rocket that exploded north of Ashdod.

Rocket fire came as fast as every five minutes at one point. Home Front Command has ordered all residents within 40 kilometers to stay within 15 seconds of bomb shelters.

No day camps on Tuesday and public shelters are ordered open in Be’er Sheva, Ashkelon, Ashdod and all cities within the 40 kilometer zone.

Hamas warned today (Monday) they would hit Judea and Samaria.

Rocket fire came as fast as every five minutes, with the Code Red incoming rocket alert activating in central Israel as well as in the south.

Residents in communities such as Mevasseret Zion, Rehovot, Yavneh and elsewhere found themselves suddenly racing for shelter – a trip some of them have never taken before.

Home Front Command ordered all residents within 40 kilometers to stay within 15 seconds of bomb shelters.

Day camps are to be closed on Tuesday and public shelters are to be open in towns and cities across the south, including Be’er Sheva, Ashkelon and Ashdod. Israelis have been ordered to limit all events to a maximum of 500 participants in order to minimize the risk of danger in case there is need to race to shelter.

Iron Dome anti-missile batteries have been deployed in strategic positions around the entire nation as Israel prepares itself to meet the challenge of dealing with the escalation in rocket and missile fire from Gaza.

The Security Cabinet decided after a three hour meeting Monday afternoon to authorize a total call up of 1,500 reservists, in a gradual process linked to the rate of escalation in attacks from Gaza. The force of Israel’s retaliation will likewise be linked to Gaza’s escalation, warned Prime Minister Binyamin Netanyahu. 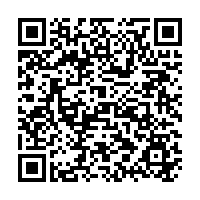