Sometimes, tragedies like the terrorist attacks of September 11, 2001 are hard for individuals to comprehend. Some would explain this to be the result of a defense mechanism to protect us from being overwhelmed by sheer atrocity.


For one New Yorker, dealing with his 9/11 loss has manifested itself by helping others.

Nancy Morgenstern was a serious cyclist with a passion for travel and a devoted Orthodox Jew. She had been working for Cantor Fitzgerald, a Wall Street investment bank, when the first plane slammed into the northern tower of the World Trade Center, a few floors below the company.

“My wife and I were on our way to Israel.” recalls Yaakov Morgenstern, Nancy’s brother. “Her job at Cantor’s was quite recent so I had forgotten that she worked there. When I eventually reached my parents I expressed relief that nobody we knew worked at the World Trade Center, to which my father answered, ‘Yaakov, Nancy works there.’ We only received a definitive call [that she had died] six months later.”

Fast forward 13 years, to the 2014 Israel–Gaza conflict, also known as Operation Protective Edge. Morgenstern, a physical therapist, started to get involved with organizations devoted to helping victims of terror. He felt a strong connection to wounded soldiers after Protective Edge, and an intense feeling that he needed to do more.

“After my sister died, I had to deal with my own feelings with years of therapy to figure out my own mind and attempt to move on,” Morgenstern explained. “During Operation Protective Edge, a reserve soldier, Col. Amotz Greenberg, was killed by terrorists exiting a tunnel in Gaza. He was the same age as me, with a 7-year-old son and I immediately identified with him, like being hurled by a catapult.”

The first IDF soldier Morgenstern met was Ron Halevy, who lost his leg in Protective Edge. A year later, Halevy, a professional kayaker, participated in the Milan Kayak World Championships of 2015.

“I bonded with him, both as a physical therapist and a terror victim.” said Morgenstern. “I was amazed by how he overcame this terrible experience by refusing to let his disability hold him down. We spoke about therapy, injuries, and loss. It was an extremely therapeutic experience,” he described.

“It is definitely part of a coping mechanism to deal with the loss of my sister but it also represents much more. After somebody dies, there is nothing positive left for them to accomplish, and all that remains is the legacy one leaves behind. My sister always used to help, even, or perhaps especially, in the smallest things. I am perpetuating who she was by promoting the values she applied, like my parents do through the memorial fund.”

The Nancy Morgenstern Memorial Fund was created by Nancy’s parents, by using the US government’s financial compensation, to support charitable causes in her memory.

Each life represents a whole world for those who are involved in it. When this life is lost, all the related people lose their balance, like a planet disappearing with its gravitational pull. Morgenstern’s involvement with those whose lives he affects does not end with a specific meeting or discussion. He keeps in touch with hundreds of people, creating a community of its own, supporting life after tragedy.

Elisa Gutowski, a 16 year old French girl who lost her uncle in the Hypercacher attack in 2015, participated in an event with Morgenstern.

“We exchanged stories during lunch, and later that day he added me on Facebook. We have been exchanging messages ever since,” she explained. “He brought me the comfort and support of a community when mine could not understand or care enough.”

“He also said there was a connection between all the Jews in the world,” Gutowski recalled.

For Morgenstern, that connection is the best memorial for his sister’s memory. 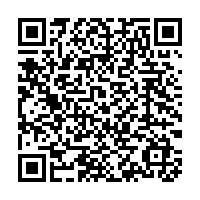