Two Israeli Arab cousins were indicted in Nazareth District Court on Thursday on a collection of charges in connection with accusations of working for Da’esh (ISIS), including a plot to attack IDF soldiers at the Golani Junction.

Arrested on November 22, Muhammad Bader Hassan, 20, a resident of Rina and Ahmed Sa’adiya, 23, a resident of Umm el-Ghanem, traveled to Turkey last May, according to the Shin Bet (Shabak), intending to join Da’esh.


When they arrived, however, they met Syrian refugees fleeing the area and after hearing their horror stories decided to return to Israel.

Once safely back in the Jewish State, however, the two remained in contact with Da’esh terror operatives from Iraq and were inspired to continue their activities.

They allegedly chose the Golani Junction as a target due to its being a military transit hub. Sa’adiya also attempted to purchase weapons for the operation before the two were arrested.

The findings of the probe carried out by Shabak “underlines the great risk posed by extremist ideology and easy access to illegal weapons,” the Shin Bet noted in its statement. 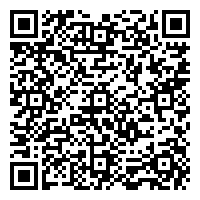