Coordinator of the Beit Midrash (study hall) of the Beit Hillel organization Rabbi Yoni Rosenzweig, who lives in Efrat, in the Judean hills, reported in a personal column in Maariv that at 3 AM, Shabbat, he had woken up to discover that the electricity in his apartment was out.


“I sat down in the middle of the dark living room and was thinking: today is Shabbat. Pushing up the fuse and turning on heat sources in the house is a Torah level prohibition, but, on the other hand, it’s frightfully cold outside, and tomorrow is bound to be cold as well, how will we survive Shabbat without heat?” Rabbi Rosenzweig wrote.

Acknowledging that tens of thousands of Jews in Jerusalem, Judea and Samaria had opted to avoid touching their electric systems on that Shabbat, Rabbi Rosenzweig insisted that to him, that choice seemed unreasonable.

“I said to myself: there must be a halachic solution,” the rabbi continued. In the end, he combined two halachic concepts: one – hakol cholim etzel tzina—everyone is considered sick when it’s very cold (Mishna Brura, laws of Shabbat, No. 253 – although the discussion there is regarding asking a gentile to heat the food on Shabbat, Y.Y.); and two – doing the prohibited labor with a change (meaning not the way it is normally done) combined with the concept of Grama (an event caused by another, indirect event) based on the fact that the electricity was not being produced directly as a result of flipping the fuse switch.

In the end, Rabbi Rosenzweig reported, “I lifted the switch with a change, and the heat returned to the apartment. I contemplated for a while if the act was really permitted, but I had no problem falling asleep. I felt that the duty of a posek—halachic ruler is to try and be permissive when it’s needed. We have plenty of ‘chumrot’—severe interpretations of the law, but in an emergency we must know how to go easy.”

Rabbi Rosenzweig’s neighbor in the Gush Etzion region, Rabbi Israel Rosen, of the Tzomet Institute, which, among other things, finds creative halachic solutions to Shabbat issues, and is not known for its strict rulings, published a response in the website Srugim, calling his decision “A Delusional Ruling to Anyone who Understands the Laws of Shabbat.”

Rabbi Rosen laid out a well founded objection to the heter—permission Rabbi Rosenzweig had given himself, starting with the argument that it appeared the children in the house—who are the vulnerable entity in such rulings—appear to have been sleeping comfortably under their covers, which should have at least justified pushing off the decision until morning.

He also suggested that the “indirect” argument is delusional, because there was only one, predictable outcome to flipping the switch on, makes no difference where the actual production takes place.

What I liked most about rabbi Rosen’s well reasoned attack was the fact that, after all had been said, he did not suggest Rabbi Rosenzweig was not within his rights as a halachic Jew to act as he did. What upset him was the fact that he chose to brag about it.

“I was mostly shocked by the atmosphere and the style,” Rabbi Rosen wrote. “It’s evident that the reporting rabbi wishes to aggrandize himself in front of the readers with his great arm that bends halacha with virtuosity.”

“It’s cheapening halacha, using it like playdough,” argued Rabbi Rosen, but, again, his greatest complaint was not the rabbi’s choice, but his turning of a choice that should have remained private into braggadocio.

“If he had ruled this way for his neighbors, I would have kept quiet,” Rabbi Rosen concluded. “But the entire entry emphasizes his own and his family’s interests.” 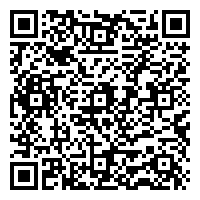