Israel Police officers from the Binyamin district in Samaria and Shin Bet agents from the Israel Security Agency (ISA) have arrested two Arab suspects in connection with last week’s May 11 terror attack at the Hizme checkpoint.

“Significant progress” has been made in the investigation of the two suspects, according to a statement by the Shin Bet. Other details in the case remain under gag order, the security agency said.

An IDF officer sustained serious head and face wounds when a pipe bomb blew up as he bent down to examine what appeared to be a suspicious item near the entrance to the checkpoint. A total of nine bombs were found after sappers subsequently swept the checkpoint, including the four that exploded at the site. Five were safely defused by the bomb squad.

The Hizme security checkpoint station is located close to the northern Jerusalem neighborhood of Pisgat Ze’ev and the Palestinian Authority Arab village of Hizma.

Defense Minister Moshe Ya’alon visited the wounded IDF officer at his bedside in Hadassah Ein Kerem Medical Center on Sunday. The officer reportedly communicated with Ya’alon via a writing board because his wounds prevented him from speaking.

“I was excited to visit the officer and meet him and his family, who demonstrate true strength of character,” Ya’alon said. “What’s needed now is time for recovery. There are excellent doctors here and a supportive environment, and I am confident that his willpower and that of his family will help him return to an active, creative life.”

A two-day curfew of the village of Hizma was imposed by IDF forces following the attack, during which time the two suspects were detained.

Joshua B. Dermer/TPS contributed to this report. 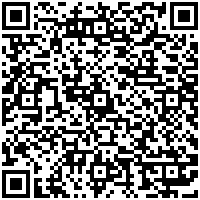