An IDF officer wounded in a terror attack at the Hizme checkpoint north of Jerusalem remains in serious condition, according to officials at Hadassah Ein Kerem Medical Center. He underwent complex surgery to address his injuries the morning after the attack.

The officer sustained head and face wounds when a pipe bomb blew up as he bent down to examine a suspicious-looking package on the ground at the entrance to the roadblock. The Hizme checkpoint is located close to the northern Jerusalem neighborhood of Pisgat Ze’ev.

A total of four bombs detonated at the checkpoint Tuesday night, injuring a second soldier as well. He sustained shrapnel wounds in a leg and was evacuated to the hospital in good condition.

Sappers who were summoned to the site discovered an additional five bombs during their sweep of the area. All were defused by the bomb squad.

The public has been asked to pray for the health and well-being of Shachar ben Eilat. 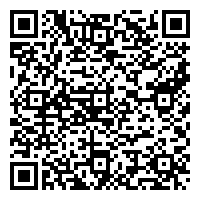