25 year old Danny Gonen from Lod, a small city near Tel Aviv’s Ben Gurion Airport, was murdered today by Palestinian Arab terrorists near the town of Dolev. Another Israeli was also shot in the same incident; he was shot in the legs.

The initial JewishPress.com report on the attack can be read here.


Gonen had been hiking with a friend, and after returning from their hike was flagged down by an Arab asking for assistance. The Arab terrorist, upon confirming they were Jewish proceeded to fire around 10 bullets at them.

Gonen had been an electrical engineering student.

Members of the Hamas terrorist organization reportedly were jubilant about the death.

Saturday night update: The terrorist has still not been caught. 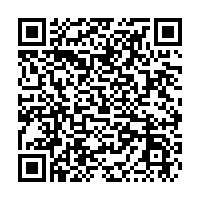