Israeli security forces announced today (Thursday, August 28) the arrests of 27 Israeli Arabs suspected of drug dealing for Hizbollah. The arrests, carried out by the General Security Service (GSS) and the Israel Police, followed weeks of widespread investigation into smuggling activities conducted between Israeli and Lebanese dealers that involved the transfer of drugs and money across the border, as well as the procurement of information to the Shi’ite terror organization.

The investigation aimed at shedding light on the movements of the drug traffickers operating under Hizbollah’s direction in both countries, and at stopping the operation in its beginning stages before it has a chance to escalate. A number of Israeli citizens were targeted for drug trafficking and for having direct contact with drug dealers in southern Lebanon that were known for their ties to Hizbollah.

The GSS investigation revealed a connection between these suspects and George Nimer, a Christian Arab resident of Marjaayun in southern Lebanon, known to police as a drug dealer and Hizbollah agent. The suspects served as a means of communication with Hizbollah, transported drugs to Nimer in Lebanon and helped build a secure communication channel for the transport of weapons.

The probe confirmed that Nimer intended to transfer weapons to Hizbollah-affiliated groups in Israel along with drugs, and that a number of “field trip” trips to the Lebanese border were made by the Israeli suspects in order to plan the smuggling operations.

The police report noted that some of the suspects had already been in touch with Nimer prior to the current operation, and that the Lebanese criminal was now leveraging their connections as drug dealers for terrorist purposes. In the course of the investigation, one of the suspects was discovered to be in possession of illegally obtained weapons.

In addition to the arrests, the investigation was able to expand the intelligence picture about a broad network of the Israeli drug dealers and their collaboration with Hizbollah in promoting terrorist operations within Israel.

This is not the first time that Israeli security and intelligence forces have encountered such a network. In 2012, an investigation uncovered some 20 kilograms of explosives and detonators, packaged to look like drugs, that were transported using a similar network of Israeli drug dealers directed by Hizbollah. Most of the roughly 20 suspects arrested in that probe claimed to have no knowledge that they were carrying explosives, and thought they were only transporting drugs.

In light of the support given by Hassan Nasrallah to Hamas during Operation Protective Edge, police believe they may have thwarted recent plans by Hizbollah to carry out terrorist attacks against Israel. 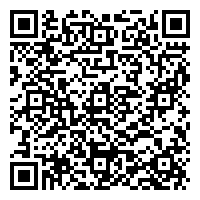