Officials say three more terror suspects were charged in the Islamic State (ISIS) attacks on Zaventem Airport and the metro station near the headquarters of the European Union in Brussels last week.

Faycal Cheffou, the man in the light vest and dark hat seen in the airport CCTV video footage last week was arrested Thursday. The Belgian Federal Prosecutor’s Office said he was charged with “involvement in a terrorist group, terrorist murder and attempted terrorist murder,” according to Fox News. Belgian media said Cheffou was a local activist known to police as an agitator who tried to convert local homeless and asylum-seekers to radical Islam.

Two other suspects arrested Thursday, Raba N. and Aboubakar A., were both charged with “involvement in the activities of a terrorist group.”

On Sunday, police in Italy arrested an Algerian suspect in Bellizzi in the Salerno province, according to the ANSA Italian news agency.

The Algerian suspect is wanted by Belgian authorities on suspicion of producing fake residency documents linked to the Brussels Attacks, Italian National Police told CNN. In addition, he is also wanted in connection with the Nov. 13 terrorist massacre in Paris, police said in a statement on Twitter.

An American couple has been identified among the dead from last Tuesday’s attack in Brussels.

Justin and Stephanie Shults, ages 30 and 29 respectively, were missing since last Tuesday. Both were graduates of Vanderbilt University’s Owen Graduate School of Management. They were dropping off Stephanie’s mother at the airport when the bombers detonated their explosives. The mother emerged unscathed.

Officials revised the death toll from the Brussels attacks to 28, removing the bodies of the three suicide bombers from the count. Thus far, 24 of the victims have been identified by Brussels officials. 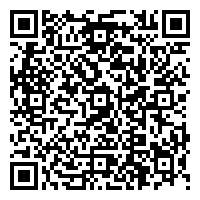