Three members of the New York City Congressional Delegation came out in favor of the Nuclear Iran Deal on Monday, Aug. 31.

Rep. Yvette Clarke (D-NY-9), said that after much review and discussion, she now believes that the Joint Comprehensive Plan of Action is “the most effective means by which the United States and her allies can achieve the goal of preventing the Iranian regime from obtaining nuclear weaponry.  It will set new rules of engagement regarding nuclear capabilities with one of the world’s most hostile and menacing regimes.  As one of the premier state sponsors of terrorism in the world, the Iranian regime has made its intentions clear through words and actions that it will, if left unchecked, create a nuclear weapon.”

Clarke is entitled to support the deal, but, as the saying goes, she is not entitled to create her own facts about it. She is incorrect when she included the following in her statement:

Through this agreement, Iran must allow full access at all times to International Atomic Energy Agency inspectors to monitor every aspect of its nuclear supply chain, to verify that Iran fulfills its pledge not to develop or acquire a nuclear weapon. Inspectors will be able to access and monitor all sites ‘where necessary, when necessary’ to ensure Iran’s compliance with the agreement. Only when Iran has fully implemented the agreement will the economic sanctions be removed.

In fact, one of the major criticisms directed against the Nuclear Iran Deal is that President Obama and Secretary of State Kerry dropped their initial insistence that there would be “anywhere, anytime” inspections by members of the IAEA of suspected nuclear sites. Instead, if there is a suspicion that Iran is developing nuclear weapons in a previously undisclosed site, various procedures need to be followed, which means Iran will have nearly a month before any inspectors are allowed to enter the site.

Clarke represents a district which is heavily populated with Orthodox Jews. Her district is in Brooklyn and includes Crown Heights and Flatbush. Clarke had been the focus of intense attention by neighborhood residents and politicians who oppose the deal.

Community resident Yaacov Behrman told the JewishPress.com that congresswoman Yvette Clarke personally told him several months ago she would review the deal and that she would reject a bad deal.

‘I brought her message of hope back to the community. Tonight we all feel betrayed,” Behrman said.

The other two New York Democrats who announced they will support the Nuclear Iran Deal on the same day are Rep. Gregory Meeks (D-NY-5) and Nydia Velázquez (D-NY-7), who represents parts of Brooklyn, including Williamsburg, Lower Manhattan and Queens.

Velázquez issued a statement in which she said “after several months of deliberation, it is my deeply held belief that the JCPOA is the best option we have for preventing Iran from acquiring a nuclear weapon in the near term. I will support the agreement when it comes before the House for a vote.”

Announcing his support for the deal, Rep. Meeks said ““In my review, I placed great importance on the verification and inspection process,” and he also claimed that if “Iran violates the deal, sanctions will snap back into place.”

New York politicians and community leaders opposed to the deal are already discussing potential candidates to challenge those elected officials who vote to support the deal. 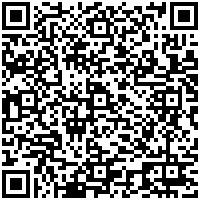