Chabad Lubavitch emissaries will begin arriving in New York next week from all parts of the world for the Kinus Hashluchim—the annual get-together of emissaries, their parents, friends and supporters, and a record number are expected to attend this year.


Organizers have spent more than six months planning for the Chabad showcase weekend, which is expected to draw more than 5,200 from more than 80 nations around the world. This includes preparing for the gala banquet on Sunday, Nov. 3, which will take place at a new and larger venue this year—the South Brooklyn Marine Terminal, a 110,000-square-foot warehouse near the Crown Heights neighborhood of Brooklyn, headquarters of the Chabad-Lubavitch movement.

The keynote speakers will be former U.S. Senator Joseph I. Lieberman of Connecticut, and Rabbi Dov Greenberg, co-director of the Rohr Chabad House–Jewish Student Center at Stanford University in Palo Alto, Calif., has been selected to represent his fellow shluchim.

The theme of this year’s gathering, “Through Darkness a Shining Light”, will acknowledge 20 years since Gimmel Tammuz, the anniversary of the passing of the Rebbe—Rabbi Menachem M. Schneerson, of righteous memory, that will take place this coming year.

Rabbi Moshe Kotlarsky, chairman of the kinus committee and vice chairman of Merkos L’Inyonei Chinuch, the educational arm of the Chabad-Lubavitch movement, noted that “the committee scoured the shluchim family and the long list of Chabad supporters and admirers to find two speakers that could accurately portray this year’s theme,” he said.

Lieberman, who served as senator from 1989 until his retirement in early 2013, first connected with Chabad-Lubavitch in his law school days at Yale University in New Haven, Conn.

As he describes, a friend of his brought him to a farbrengen at 770 Eastern Parkway in the Crown Heights neighborhood of Brooklyn, headquarters of the Chabad-Lubavitch movement.

“I was entranced, if you will, with the fervor, with the spirit and with the sense of purpose,” recalled Lieberman. Speaking of the Rebbe, he said: “I was impressed … by his obvious spirituality, by his soaring intellect, by the extent to which he was involved in the world.”

Lieberman’s respect and reverence for the Rebbe turned him admirer immediately, supporter later, and seeker of advice and blessing throughout his public and political career. During one of his early political campaigns,Lieberman visited the Rebbe to seek his blessings.

According to Rabbi Yisrael Deren, regional director of Chabad-Lubavitch in Connecticut, “Joe Lieberman is a close friend with awesome respect for the Rebbe’s shluchim all over the world. His public career as a Shomer Torah U’mitzvot [a follower of Torah and observer of the commandments] in the highest pinnacles of government has made him a role model for many.”

Greenberg is often quoted for his insight as part of Shabbat sermons, classes and articles. His widely syndicated ability to morph difficult and complex Chassidic texts and topics into short, coherent articles and concepts have enabled many to share in the knowledge of Chassidic philosophy, say organizers. 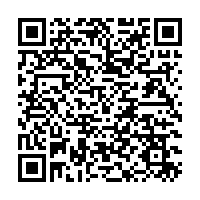