Israeli Defense Minister Moshe Ya’alon, in a briefing to the Knesset Foreign Affairs and Defense Committee on Wednesday, warned against falling for the recent Iranian “charm offensive” in which the country has expressed an increased willingness to negotiate over concessions on its nuclear program.

“This is a regime that for the last 20 years we have witnessed how well it knows how to lie, cheat and mislead the West,” Ya’alon said.


“Our position is very clear,” he said. “What we see now in Iran, both the political change and the change in its willingness to conduct negotiations with the United States stem from the effective economic pressure brought to bear on the regime. This led Iran’s supreme leader to the conclusion that in order to survive he must speak with the Americans. He has been forced to make several concessions on Iran’s nuclear program, but Iran’s intention is not to give up its nuclear option. They are working toward retaining an independent enrichment capability. This is not acceptable to us, because this is a way to mislead and cheat as they have done in the past.” 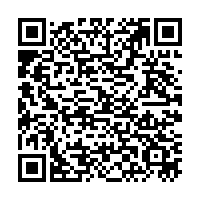