Post-Shabbat update: The death toll has risen to 128 dead and hundreds wounded. ISIS has taken credit for the attack.


Note: This report was filed from Los Angeles, California, prior to the start of the Sabbath. The information may therefore be inaccurate after several hours, and cannot be updated until the close of the Sabbath in Israel. We wish all our readers a safe, peaceful and pleasant Sabbath. HLJ

A cluster of coordinated suicide bombings, shootouts and other mass casualty attacks sent shockwaves through the glittering nightlife in Paris on Friday evening.

There were at least seven separate points of attack reported by French media, in what appeared to be a mass casualty event similar to that carried out in Mumbai seven years ago by Islamist terrorists from Pakistan.

At least 60 people were reported dead and 100 others were being held hostage when two terrorists opened fire against French police at the Bataclan concert hall in the 11th arrondissement.

A witness told the AFP news agency one of the attackers in the concert hall shouted “Allahu Akbar” as he fired into the crowd.

A second shootout took place at the 10th arrondissement restaurant.

At a third venue, fans poured out on to the pitch after explosions were heard outside a game between France and Germany at the Stade de France.

An official with the French Football Federation told Canal+ “There was a bomb explosion at the entrance to Gate J. There have been three deaths and some injured. The Stade de France is secure. There is no longer any danger, people will leave normally.”

French President Francois Hollande, who was at the Stade de France, told media that a state of emergency was to be declared across France, The Guardian newspaper reported.

Paris authorities and local police advised everyone to stay indoors; local businesses were asked to shelter shoppers. Several Paris Metro lines were closed as well. Schools and universities in France are to be closed on Saturday.

Officials announced that France has closed its borders in the wake of the attacks, according to Sky News.

New York City also reportedly went to high alert in the wake of the attacks.

U.S. President Barack Obama said in a statement to media that America would do whatever it takes to “bring these terrorists to justice…

“This is not just an attack on the people of France, but this is an attack on all of humanity and the universal values we share.” He called the attacks an “outrageous attempt to terrorize innocent civilians,” adding that “Those who think they can terrorize France or their values are wrong.”

Statues of Lincoln are Being Torn Down 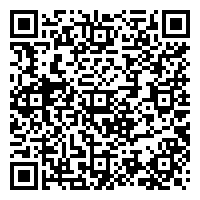